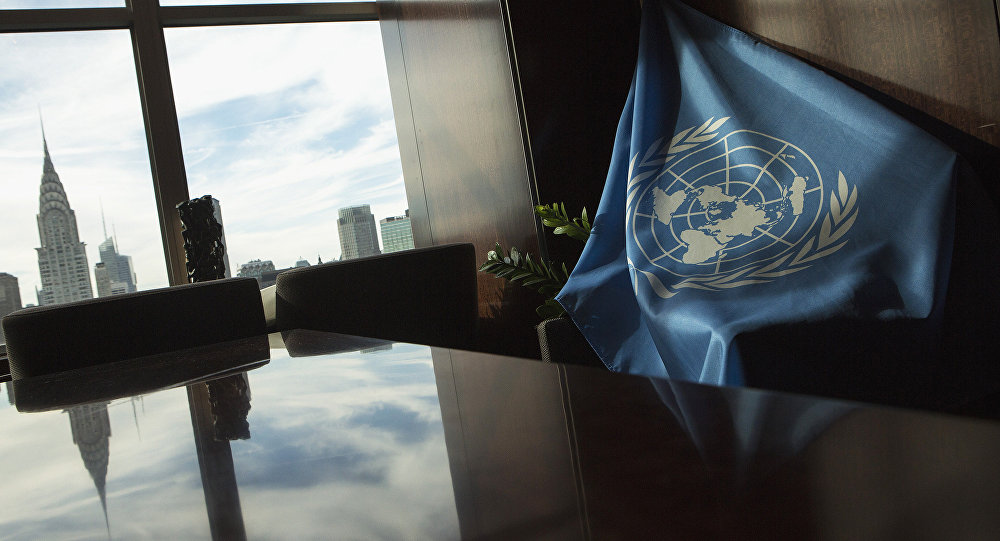 Crimes committed by Syria’s Jaysh al-Islam militant group will be mentioned in the next UN report, due to be published on February 22, the head of the investigation said Monday.

© REUTERS / Maxim Shemetov
Jaysh al-Islam Members to Take Part in Geneva Talks Independently - Lavrov
GENEVA (Sputnik) — A report released earlier on Monday by the Independent International Commission of Inquiry for Syria has accused the Syrian government, as well as Daesh and al-Nusra Front jihadist groups of violating human rights. The inquiry stretches back to the start of the Syrian war in March 2011.

Jaysh al-Islam, a coalition formed in 2013 after a merger of several Syrian opposition groups, did not make it into the new report but will appear in the next one, to be unveiled in two weeks in New York, the Commission’s chairman, Paulo Pinheiro, told reporters at a press briefing in Geneva.

Pinheiro stressed that the Commission had neither friends nor enemies in Syria and was reporting on all crimes committed by all parties to the five-year Syrian war.

The Jaysh al-Islam opposition group is designated as a terrorist organization in Syria and Russia. Its leader, Mohammed Alloush, was appointed as chief negotiator for Saudi-formed opposition delegation at the Syrian proximity talks in Geneva that were suspended last week.