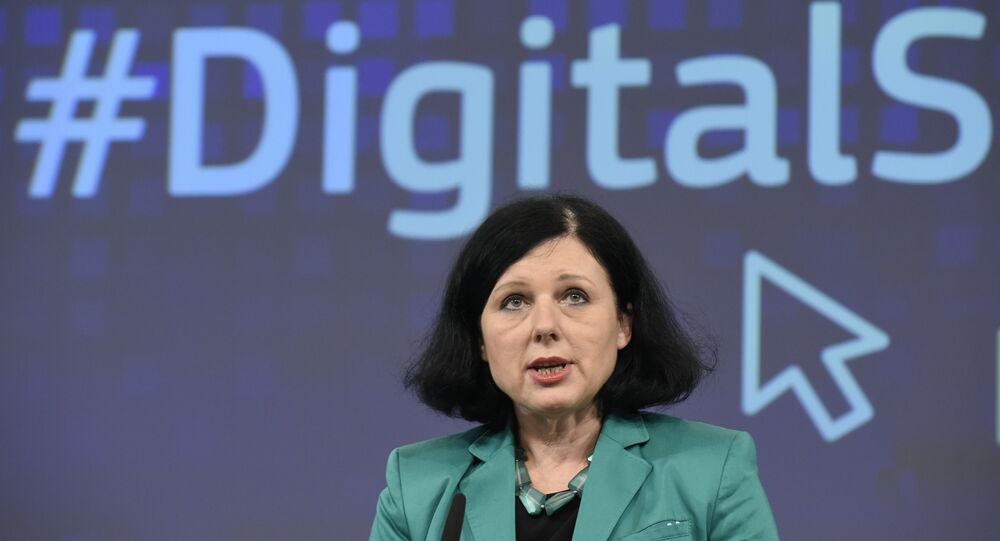 © Photo : Pixabay
EU Surrenders to US, Tech Industry Lobbyists on Data Privacy Safeguards
BRUSSELS (Sputnik) – On Tuesday, Brussels and Washington agreed on a framework transfer deal regulating the flow of data across the Atlantic. The EU-US Privacy Shield replaces the 2000 Safe Harbor, which the European Court of Justice invalidated in October.

"EU data protection law protects the personal data of everyone present in the EU, regardless of nationality, including for international transfers," Jourova’s press office told RIA Novosti in written remarks.

Announcing the agreement on Tuesday, Jourova said she expected the Privacy Shield to take effect in three months.

"The text will be available by the end of February and we can provide more details then," her office said.

Chair of the so-called Article 29 Working Party, a team of European data privacy regulators, said on Wednesday it would hold off enforcing the new agreement by mid-to-late April.

The first annual review of the EU-US Privacy Shield is expected in 2017.

Privacy Shield stipulates enhanced cooperation between the EU data protection authorities with their US counterparts, while European citizens who suspect that their personal data has been misused could file a privacy-related complaint with several authorities, including with a new, dedicated ombudsperson.

The previous agreement was scrapped after a ruling in a lawsuit disputing Facebook’s Irish affiliate’s alleged illegal data transfers to the United States.