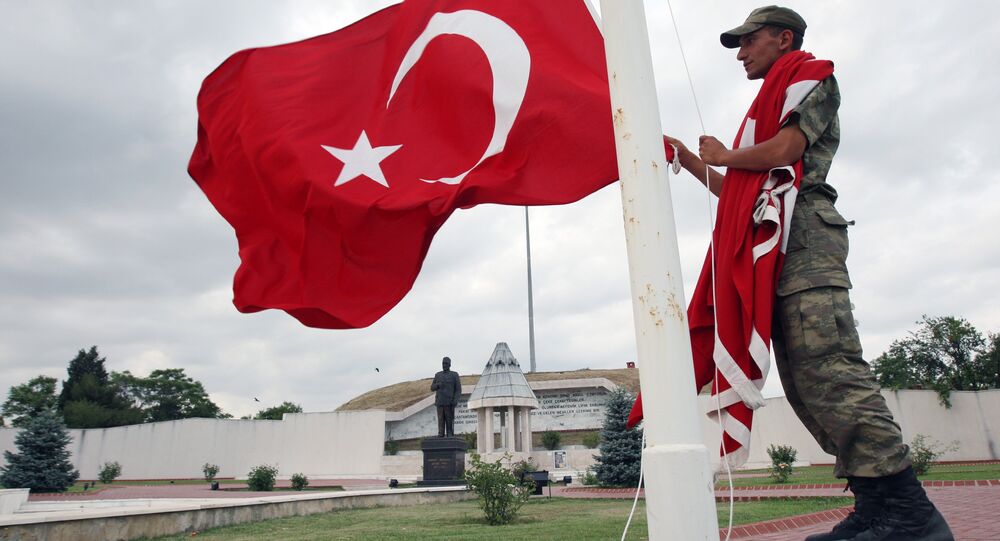 Russian Deputy Defense Minister said that Turkey refused to conform with a flight safety memorandum on flights over Syria even before it downed a Russian bomber jet.

In 2015, the military from Russia and the United States signed a document to curtail possible air incidents over Syrian skies. Turkey is a participant of the US-led coalition in Syria and Iraq.

"The Americans were obliged within the framework of the memorandum to not only inform all of the coalition participants on the essence of the agreements, but also guarantee that all of its participants strictly followed the contents of the document. We have a written confirmation from the United States that Washington has fulfilled all of the formalities on cooperation with its partners," Antonov told journalists.

He said, however, that Turkey refused to confirm its compliance with the memorandum.

"But the Turkish military that is formally part of the US coalition refused to confirm their compliance with the memorandum, stating that this given issue is the responsibility of the foreign ministry. Moreover, they unilaterally blocked the hotline and didn’t answer our immediate requests. In the end, the Turkish Air Force knowingly downed the Russian bomber jet on November 24, killing Russian servicemen," Antonov said.

According to Antonov, Russia has deployed an air defense system in the region in order to avoid a repeat of such scenario.

"This will enable to discover threats to Russian planes in a timely manner that are completing military tasks in Syria and if necessary, take appropriate measures to provide security of their flights," Antonov added.

In Syria, which has been torn apart by a civil war since 2011, Russia and the US-led coalition have been conducting separate air campaigns against the Islamic State (IS) terrorist group, which is prohibited in many countries including Russia. Moscow is acting at the request of Syrian President Bashar Assad, while the coalition forces have not received the approval of the official government in Damascus.

Russian-Turkish relations deteriorated following the downing of a Russian Su-24 aircraft by a Turkish F-16 fighter in Syria on November 24. In response to this "stab in the back," as it was described by Russian President Vladimir Putin, Moscow has imposed a number of restrictive measures on Turkey.

Moscow and Ankara have divergent positions in Syria. Turkey believes that Bashar Assad has no role in the country's future, while Russia supports Assad as the legitimate authority in Syria.

Americans Warned Against Going to Turkey Amid Terrorist Threat – DOS