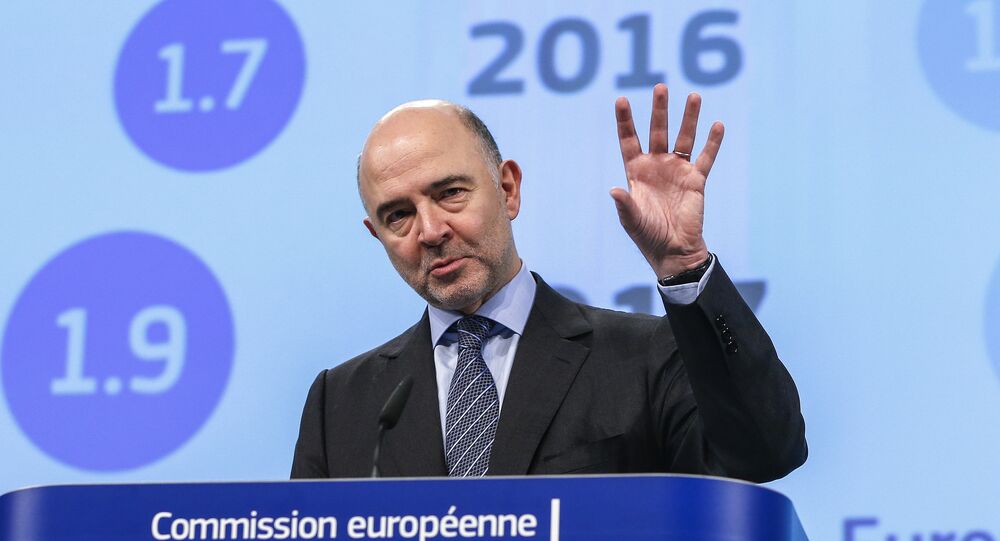 European Commission Reduces US Growth Forecast to 2.7% for 2016

The European Commission reduced its forecast fot the economy of the United States by 0.1 percent compared to its autumn report figures, according to report.

"While private consumption and fixed investment showed resilience throughout the year, net exports have weighed on growth and, due to the combined effects of a strong US dollar and deteriorating external environment, will remain a drag throughout the forecast horizon," the Commission said, reducing its forecast by 0.1 percent compared to its autumn report figures.

Aside from a strong dollar and weaker global demand for US exports, including among the United States' main trade partners, the report mentions the contraction of the energy sector and the slowdown in manufacturing amid financial volatility as key factors subduing GDP growth.

© AFP 2020 /
US Economy to Become 'More Vulnerable' in 2016
The fall in oil prices also exerts upward pressure on US growth, boosting consumption and non-energy investment. While the United State's December budget deal removes fiscal uncertainty, the uncertain results of the 2016 presidential election are set to weigh on the economy somewhat, the forecast warned.

World Bank Lowers Forecast for Global Economic Growth in 2016 to 2.9%