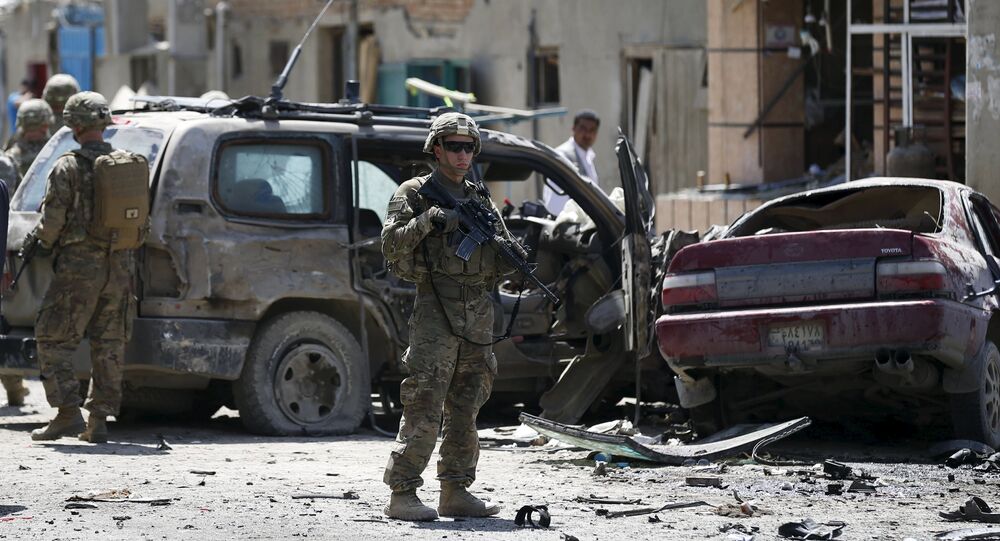 The United States will not have to maintain the level of enduring peacekeeping forces in Afghanistan as it did in South Korea or post-war Germany, US Commanding General in Afghanistan Gen. John Campbell said on Tuesday.

WASHINGTON (Sputnik) — Campbell told lawmakers that the United States should continue to provide monetary support to the Afghans and training to the Afghan Security Forces (ASF), but emphasized the US objective is to "grow capability" among the Afghans.

"[In Germany] we are down to 20-30,000, in Korea we are 20-30,000 [troops]. We are nowhere near those levels in Afghanistan," Campbell told the US House of Representatives Armed Services Committee.

In his confirmation hearing last week, Lt. Gen. John Nicholson, who has been chosen to replace Campbell, indicated his support for a US "enduring commitment" to Afghanistan.

© AFP 2021 / Bay Ismoyo
Buckle Up! US Troops Doomed to Ten More Years in Afghanistan
Nicholson was questioned by lawmakers as to whether the United States should maintain an enduring military commitment in Afghanistan similar to its more than half-century presence in Germany and South Korea.

"A strategic stalemate without end is not the goal of this campaign and our men and women on the ground know that," Campbell stated.

Daesh Could Inadvertently Unite Afghanistan, Pakistan and Beyond