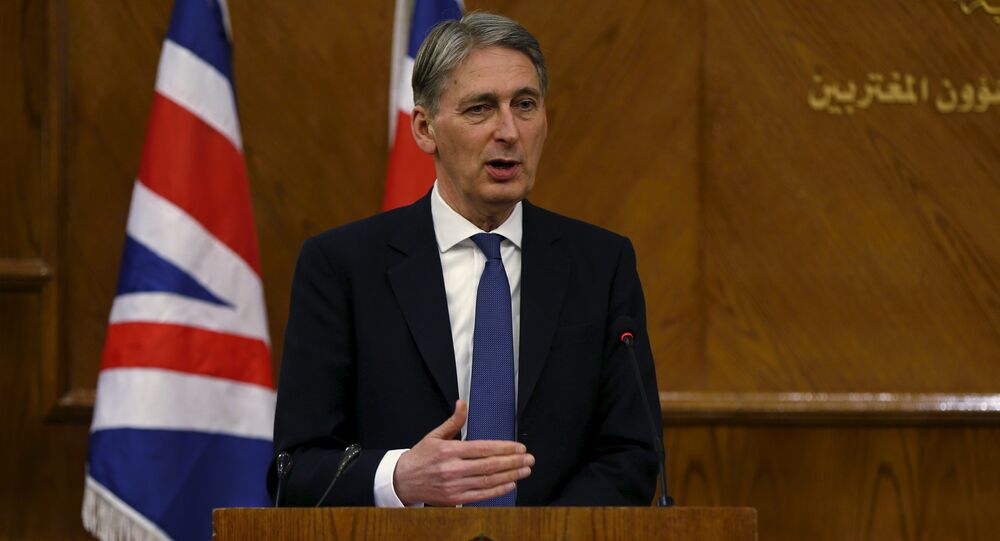 UK Foreign Secretary Philip Hammond said that he did not think British troops in Libya would present a "helpful solution."

Italian Foreign Minister Paolo Gentiloni said earlier he expected new proposals on the makeup of the Government of National Accord (GNA) by February 9 after Libyan lawmakers rejected its initial layout last week.

"We will certainly want to support the new Libyan government in any practical way we can but I don't envisage that there will be a situation where we need or want to put combat troop boots on the ground," Hammond said in Rome.

The Pentagon said last Wednesday it was exploring the possibility of a military presence in the North African state to combat the Islamic State (ISIL) also known as Daesh, jihadist group.

© REUTERS / Mike Segar
French FM Rules Out Possibility of Involvement in Anti-Daesh Fight in Libya
Hammond stressed he did not think British troops in Libya would present a "helpful solution."

"There are plenty of armed men in Libya. What they need is organization, command and control, air gathered intelligence, strategic organization," Hammond reaffirmed.

French Defense Minister Jean-Yves Le Drian warned in December that Daesh was expanding inward from the northern Libyan coast under its control, raising the possibility of another migratory wave to the European Union.