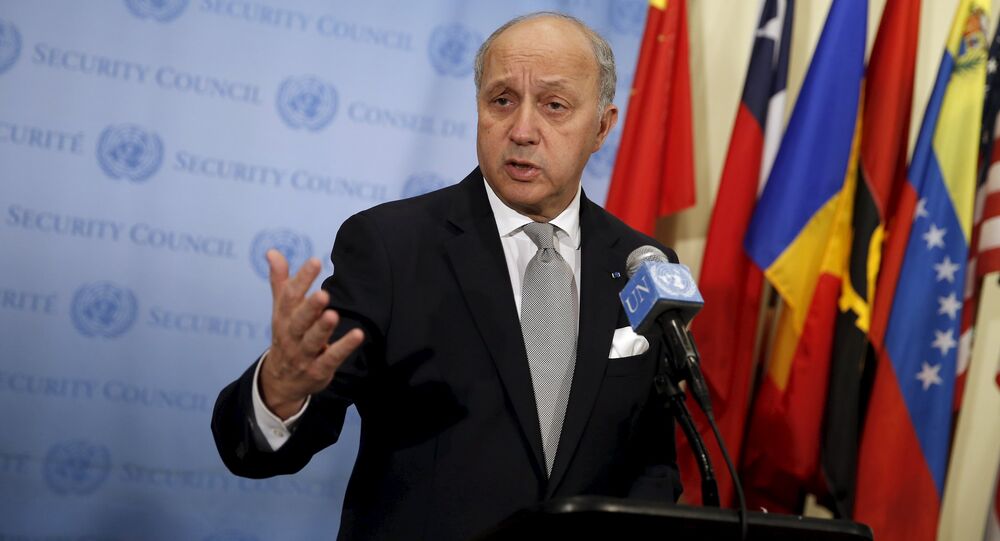 French Foreign Minister Laurent Fabius said that there is absolutely no question of French military intervention against Daesh in Libya.

© AFP 2021 / ABDULLAH DOMA
UK, US Looking to Send 1,000 Soldiers to Libya – Reports
MOSCOW (Sputnik) – French Foreign Minister Laurent Fabius ruled out on Tuesday the possibility of his country’s participation in a military operation against the Islamic State (ISIL), also known as Daesh, jihadists in Libya.

"There is absolutely no question of military intervention in Libya," Fabius told reporters on the sidelines of a Rome meeting of nearly two dozen nations that discuss anti-Daesh fight efforts, as quoted by the French media.

Though there is some pressure to launch the campaign in the country, the government does not share this position, he added.

© AP Photo / File
Daesh Extends Influence in Libya - French Defense Minister
Libya has been mired in a civil war since the overthrow of its long-time leader Muammar Gaddafi in 2011. Power vacuum led to rise to power of numerous militant groups around the country, particularly Daesh, which has been staging attacks on Libya’s oil infrastructure.

French Defense Minister Jean-Yves Le Drian warned in December that Daesh was expanding inward from the northern Libyan coast under its control. This could cause a new wave of mass migration into the European Union.