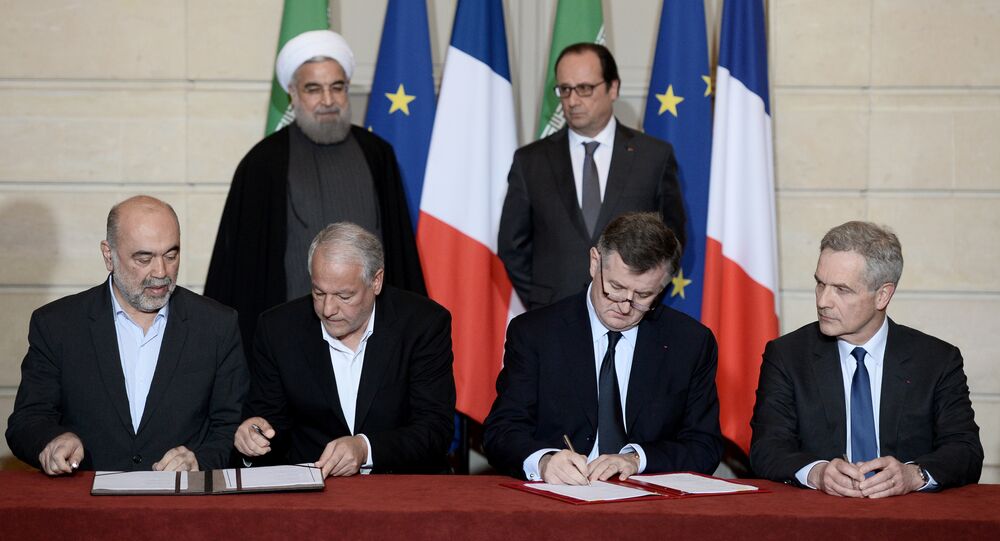 France and Tehran signed a batch of 20 trade and construction agreements, the total worth of Iran’s agreements with France has not been revealed, according to the French president’s office.

Rouhani is in the French capital as part of a European tour to reenergize relations with the West following the lifting of nuclear-related sanctions from Tehran earlier this year. He also met with French President Francois Hollande.

The total worth of Iran’s agreements with France has not been revealed. Earlier this week, Rouhani traveled to Italy where he signed over $18-million-worth of contracts with Italian companies.

Earlier this month, the United Nations, the European Union and the United States lifted nuclear-related sanctions from Iran following Tehran's implementation of its obligations under the nuclear deal signed last July with six world powers to ensure the peaceful nature of its nuclear program. The move has restored the Islamic republic’s access to the global market.

Rouhani: US, Iran Must Work Together to Calm Middle East

Iran to Push Long-Awaited Trade with Europe After Lifting Sanctions