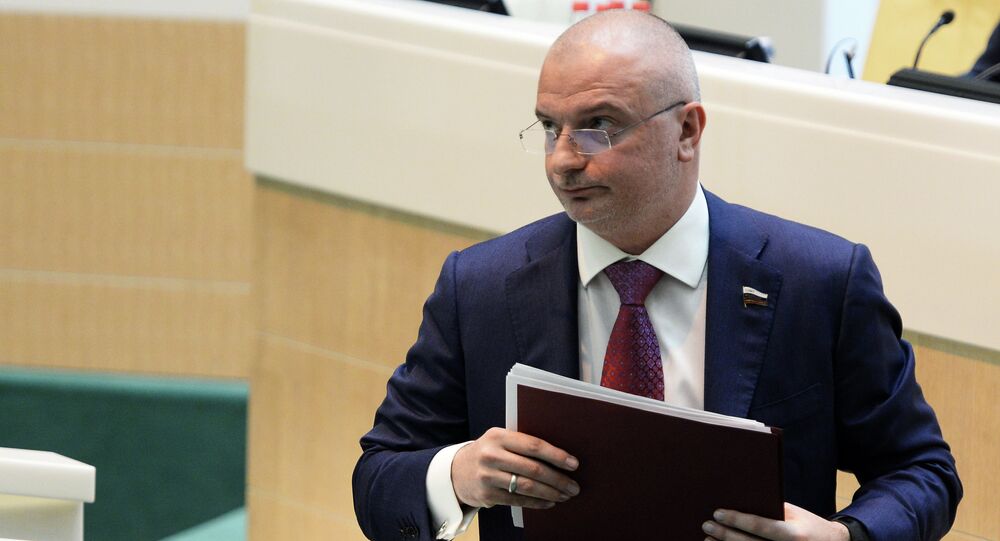 The UK public inquiry into the death of former Russian FSB secret service agent Alexander Litvinenko violates the right to the presumption of innocence by assigning blame to the alleged perpetrators, a senior Russian lawmaker said Thursday.

© REUTERS / Toby Melville
US Presidential Hopeful Trump Defends Putin in Litvinenko Poisoning Case
MOSCOW (Sputnik) – The chairman of the inquiry, Robert Owen, released a report last week that identified Andrei Lugovoi and Dmitri Kovtun as Litvinenko's killers. Both have denied any involvement in the 2006 death, which has been attributed to poisoning using radioactive Polonium-210. The chairman of Russia's upper house’s Constitutional Law Committee, Andrei Klishas, told RIA Novosti that under English law a public inquiry only examines the cause of death and cannot assign blame, which is done during a criminal investigation.

"Such public inquiries are only allowed to draw up recommendations, which can serve as guidelines for relevant authorities during the criminal process," Klishas said. "In other words, Sir Robert Owen took the liberty of blaming people."

Following the publication of Owen’s report into his year-long investigation, the Russian Foreign Ministry accused it of lack of transparency and attempts to politicize Litvinenko's death.