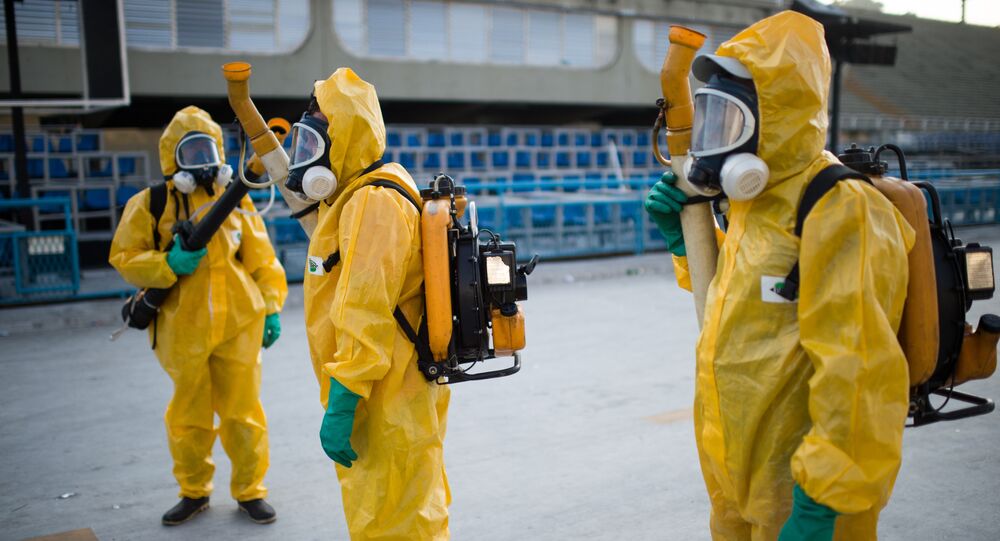 The World Health Organization's International Health Regulations Committee will hold an emergency meeting devoted to the spread of the Zika virus on February 1 in Geneva, WHO Director General Margaret Chan said Thursday.

MOSCOW (Sputnik) — The Zika virus affects primarily monkeys and humans and is transmitted by daytime-active mosquitos. It can lead to babies being born with microcephaly, which is a case of an underdeveloped brain.

"The International Health Regulations Emergency Committee on #ZikaVirus to meet on Mon., 1 Feb 2016 in Geneva #Zika," Chan was quoted as saying on WHO's official Twitter account.

The Zika outbreak originated in Brazil and spread across Latin America, causing several deaths and cases of micro-encephalitis and inflammation of the brain that cause deformities in newborns. The first case of the mosquito-borne virus crossing into Europe from Latin America was confirmed late Tuesday in Denmark.