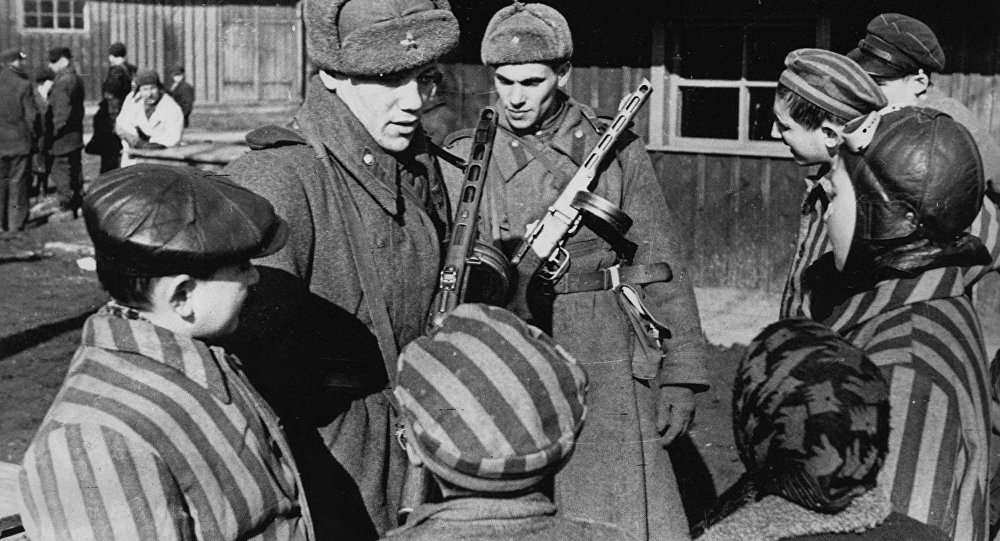 January 27 marks the 71st anniversary of the liberation of the Auschwitz-Birkenau Nazi concentration camp. On this day, some countries also observe International Holocaust Remembrance Day, dedicated to the victims. Looking through social media reaction to the somber celebration, Sputnik offers a modest collection of some very moving commentary.

It is estimated that about 1.1 million people, most of them Jews, were killed in the Auschwitz-Birkenau camp network between June 1940 and January 1945, with millions more people, including Jews, Slavs, Romanis, communists, homosexuals, Jehovah's Witnesses and the mentally and physically disabled, exterminated by the Nazis during the Second World War.

For many, the anniversary was a deeply personal day – one which affected their parents, grandparents, and great-grandparents. Some users shared the very personal experiences of their families, while others tweeted and retweeted the moving stories of survivors and their families.

I remember the victims of the Holocaust. Photo of my great-grandparents; murdered in Auschwitz. #IHRD #tibisjourney pic.twitter.com/hXlnMYDRPR

71yr ago grandparents were freed from #Auschwitz, I honor them by working to prevent genocide #Iraq https://t.co/hljjLrkFJn @HolocaustMuseum

My father was transferred from Auschwitz prior to liberation #SeventyOneYearsAgoToday Prisioner # 124812 #NeverAgain pic.twitter.com/qNoYnWuGyp

For #HMD2016 I visited a Bournemouth man, transported to the UK in 1938. His parents and sister died in Auschwitz. pic.twitter.com/Jt5mZoqhT0

​Some users also remembered and took note of the fact that it was the Red Army that liberated the Auschwitz-Birkenau network of camps, along with most of the Nazis' other death camps, which operated, for the most part, in Eastern Europe.

Unfortunately, many users used the catch-all word 'Russian' to describe what was very much a Soviet effort (in addition to Russians, the Red Army consisted of over 100 ethnic groups, including Ukrainians, Belarusians, Georgians, Armenians, Azeris, Latvians, Kyrgyz, and dozens of others). Still, their hearts were in the right place.

A Soviet soldier recalled: "I had seen a lot in this war. I had seen hanged people, burned people. But still I was unprepared for Auschwitz"

​​"The liberation of Auschwitz by the Soviet Army (the soldier was not Private Ryan)."

​Saddened, inspired, or forced into contemplative thought, many users seem to have taken away two very important messages from the commemoration: the capacity for man's incapacity to man, and the resilience of the human spirit.

Jacob Bronowski, born on this day in 1908, on the dark side of certainty and the true spirit of science https://t.co/TXiAzyv4ZU

Today is 71 years since Auschwitz's liberation. In memory of the 1.1 million who died there. #HolocaustMemorialDay. pic.twitter.com/VfSZCVBsl4