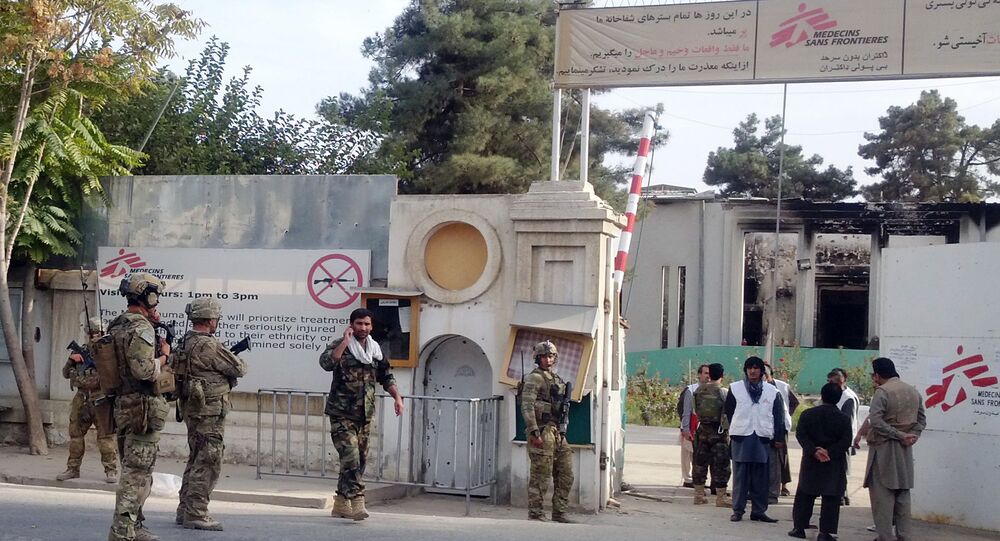 The Doctors Without Borders (MSF) decided to request that the International Humanitarian Fact-Finding Commission (IHFFC) conduct an independent investigation into the Shiara Hospital attack in Yemen, according to the statement.

© AP Photo / Najim Rahim
MSF to Bring Petition Over US Kunduz Bombing to White House Wednesday
BARCELONA (Sputnik) — After having had four of its medical facilities in Afghanistan and Yemen come under attack in four months, the Doctors Without Borders (MSF) is requesting another independent investigation from the International Humanitarian Fact Finding Committee (IHFFC).

On January 10, the MSF-supported Shiara hospital in Yemen came under attack in an incident that killed six people and injured at least seven, most of them medical staff and patients.

"MSF has decided to request that the International Humanitarian Fact-Finding Commission (IHFFC) conduct an independent investigation into the Shiara Hospital attack," the MSF said in a statement obtained by Sputnik on Monday.

© AP Photo / Hani Mohammed
Some Yemenis Consider Hospitals Dangerous Amid Attacks on MSF Facilities
MSF first turned to the commission after the bombing of its trauma hospital in Kunduz by the US army in Afghanistan, but "is still waiting for an official response from the US Government about whether it will consent to the investigation."

"Given the increasing awareness of and political momentum around the importance of protecting medical facilities, the time has come to make effective decisions and go beyond statements of outrage and condemnation," the statement says.

Yemen has been engulfed in a military conflict between government forces and the Houthi opposition faction for over a year. Since March, a Saudi-led coalition has been carrying out airstrikes against Houthi positions at the request of Yemen’s President Abd Rabbuh Mansur Hadi.

© AFP 2021 / TONY KARUMBA
Doctors Without Borders Call For Immediate Stop of Medical Facilities Bombing in Yemen
The first attack on the MSF hospital in Yemen took place on October 26 when the coalition’s jet repeatedly attacked the facility located in the Haydan district, Saada Province. The second attack took place just over a month later, when eight people were wounded and one was killed in Taiz on December 2.

The attack in Afghanistan took place on October 3, when a US AC-130 gunship aircraft shot 30mm cannon shells for 30 minutes into the MSF hospital in Kunduz, killing at least 30 medical staff and patients, including some as they fled.

A subsequent report by the US Department of Defense blamed the Kunduz incident on technical failures and human error.