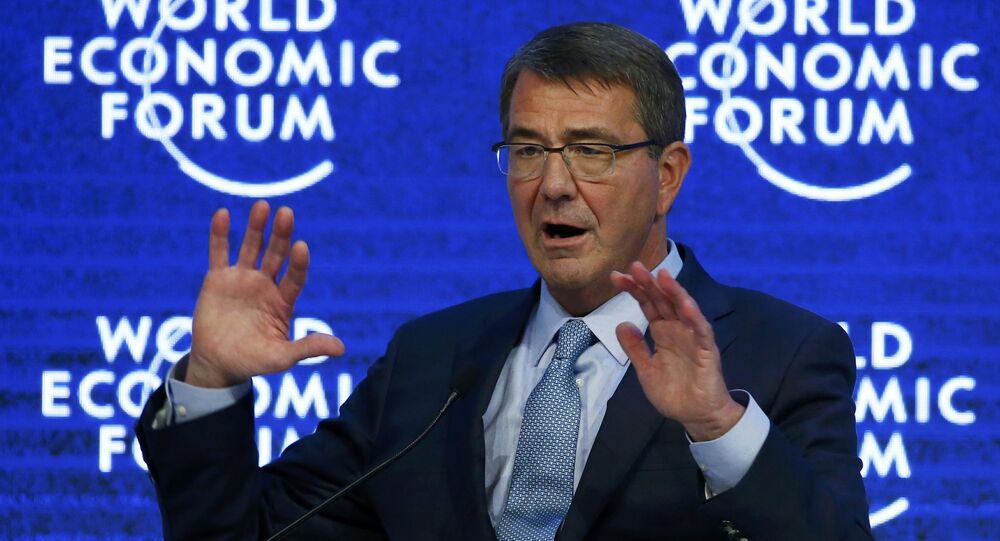 According to US Defense Secretary Ashton Carter, Turkish government could do more to fight Daesh.

© AP Photo / Emrah Gurel
Erdogan Wants to Discuss Policy Toward Daesh, Kurds With US Vice President
WASHINGTON (Sputnik) — The Turkish government should step up its efforts to fight Daesh terror group operating in Iraq and Syria, US Defense Secretary Ashton Carter said at the World Economic Forum in Davos on Friday.

The US-led international coalition of around 60 nations, including Turkey, has been conducting airstrikes against Daesh targets in Iraq and Syria since 2014. According to reports, Washington has demands that Turkey fight more actively against Daesh and enhance the controls on its border with Syria, which is being exploited by militants to transport weapons and jihadists.