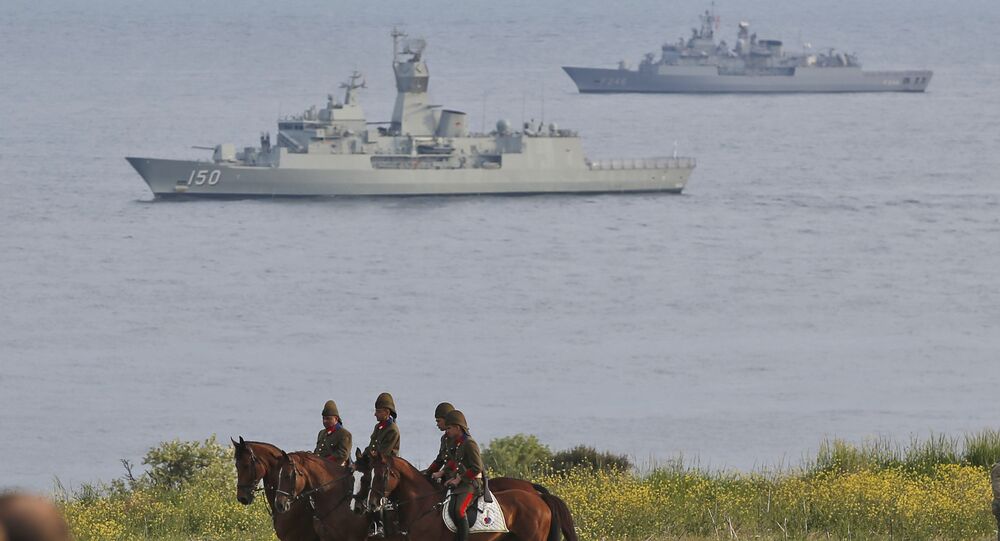 Ukraine and Turkey discussed issues of mutual security cooperations and the challenges the two countries are currently facing.

The meeting was held on Thursday during Turchinov’s working visit to Turkey.

According to the report, the participants discussed a number of issues on security cooperation and challenges the two countries are currently facing.

"They also discussed joining efforts against global terrorism and its supporters as well organized crime and illegal migration. Cooperation between security services was also on the agenda," the council reported.

According to Turchinov, Kiev and Ankara have a unique historic possibility to join their political, diplomatic, military and technical and economic resources to effectively preserve the balance of power in the Black Sea.

Building military cooperation is a key point in the Turkish-Ukrainian strategy partnership, he added.

Hacımuftuoglu underscored that Turkey and Ukraine should play a leading role in the creation of an effective system of regional security.

"For us, it is very important to unite the capabilities of our countries which would lead to effective synergy," head of the Turkish National Security Council said.

Turkey to Build Second Foreign Military Base in Somalia