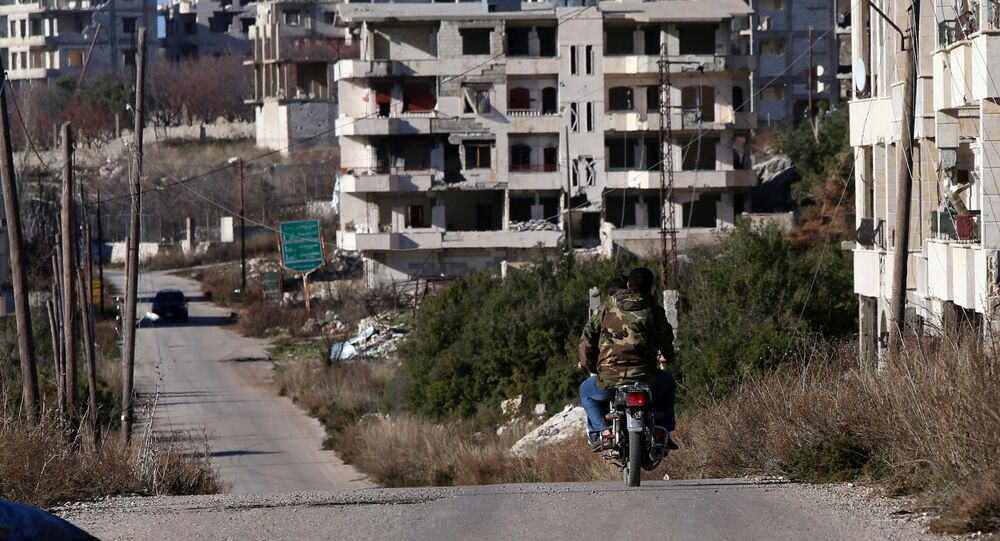 It seems that the EU's member states have no idea how to resolve a whole array of problems related to Syria and Iraq according to Rene Schwok, head of the Global Studies Institute in Geneva.

© Sputnik / Mikhail Voskresenskiy
Syria Crisis Could Be Solved Through Clarified UNSC Resolution - Lavrov
In an interview with Sputnik France, Rene Schwok, head of the Geneva-based Global Studies Institute said that the January 18 ministerial meeting of 28 EU countries reflected their inability to understand how to solve a spate of problems pertaining to Iraq and Syria.

"…On the Syrian issue, they do not want to support [Syrian President] Assad, but at the same time they are unwilling to topple him anymore. Therefore, they are in a difficult situation: they do not know what to do," Schwok said.

He referred to the meeting of the EU countries' foreign ministers which took place on January 18, during which, he said, no major breakthroughs were made.

According to him, "the main thing they have decided on the Syrian issue is that they will help Jordan accept more refugees and will promote the development of trade relations with Amman."

.@JohnKerry: There will be no end to this crisis unless there is an end to the conflict itself. #Syria https://t.co/mW3suLOZ0W

"It clearly shows the troubles the Western countries and the European Union are facing as far as the Syrian issue is concerned," he pointed out.

© Flickr / janet_ro2000
Daesh Holds Nearly 3,500 People in Slavery in Iraq
He described the gathering's communiqué as an "extremely disappointing" document, which he recalled stipulates that the EU allocate 75 million euros for the creation of civil institutions in Iraq, while the EU's assistance to Ukraine amounts to billions of euros.

"It is safe to assume, therefore, that the EU's assistance to the Middle East is a purely symbolic gesture," Schwok concluded.

Syria has been locked in an armed conflict that has left over 250,000 dead or missing since 2011 and displaced millions. Forces loyal to Syrian President Bashar Assad have been fighting against opposition factions and extremist groups such as Daesh, which is also trying to increase its clout in Iraq.

Differences Between US, Russia Not to Block Syria Talks - State Department