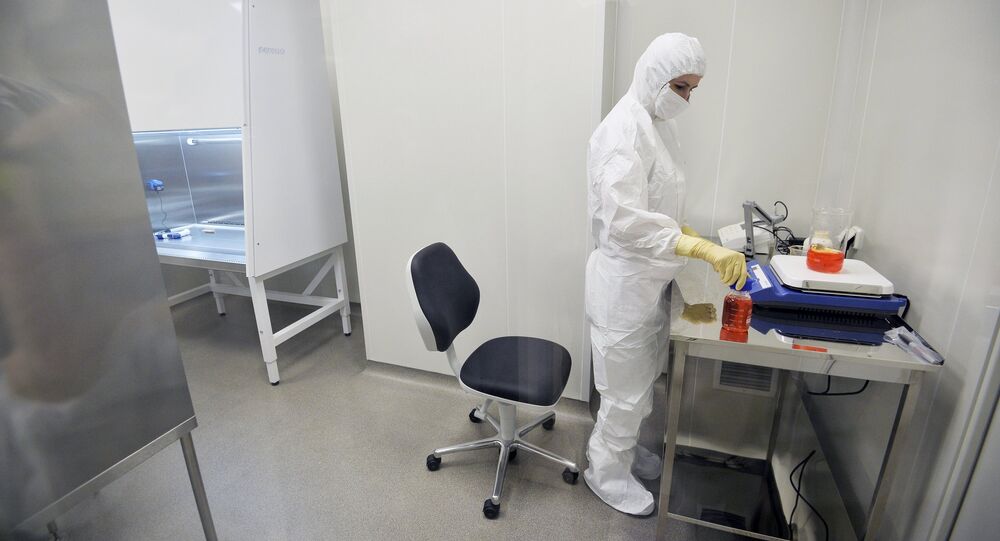 Anna Popova,the head of Russia’s consumer rights watchdog Rospotrebnadzor said that The United States and France, as well as experts from the Shanghai Cooperation Organization (SCO) and from BRICS countries, declared interest the recently developed Russian vaccine against Ebola.

© AFP 2021 / Carl de Souza
WHO Confirms New Ebola Case in Sierra Leone After Epidemic Declared Over
MOSCOW (Sputnik) – Representatives of the United States and France have shown interest in cooperating on the use of the recently developed Russian vaccine against Ebola, the head of Russia’s consumer rights watchdog Rospotrebnadzor said Wednesday.

"The United States showed interest during their ambassador’s visit to us. France has shown interest at the level of the management of the Pasteur Institute," Anna Popova told RIA Novosti.

The issue of a vaccination against Ebola was discussed at a Rospotrebnadzor conference between experts from the Shanghai Cooperation Organization (SCO) as well as specialists and heads of respective services from BRICS countries, Popova stated, adding that all of them had declared their interest in the vaccine.

On January 13, President Vladimir Putin announced at a meeting with Cabinet members that Russia had developed and registered a highly-effective vaccine against the deadly Ebola virus.

An Ebola outbreak began in December 2013, spreading across Western Africa from Guinea to Liberia and Sierra Leone and killing over 11,000 people in these three countries.