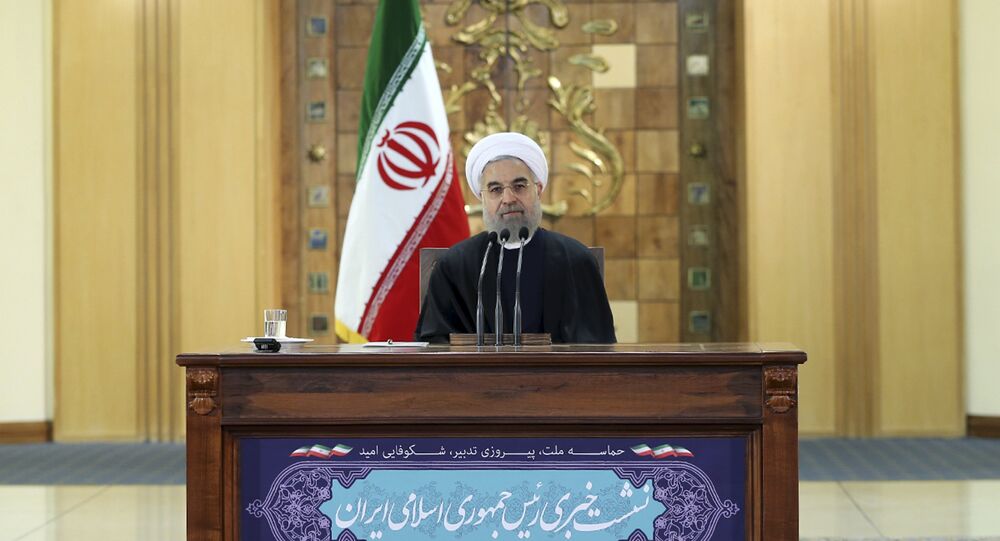 Irreconcilable Differences: Iran Sees Dialogue With US as 'Waste of Time'

Tehran believes that given Washington's unwillingness to compromise, further talks with the United States would make no sense, according to the Iranian Middle East expert Fouad Izadi.

© REUTERS / Brendan Smialowski/Pool
Kerry: US, Iran Settle Tehran’s Frozen $400Mln Claim
In an interview with Sputnik, Fouad Izadi, a prominent Iranian expert on the Middle East said that further talks with Washington would be a "waste of time" given the White House's unwillingness to make concessions and show flexibility during the negotiating process.

He recalled that any negotiations should entail the parties' attempts to finally arrive at a consensus.

"The US government has repeatedly tried to impose its own interests without considering our position. Therefore, Iran feels that its dialogue with Washington on any issue will be meaningless and useless. It's a waste of time," Izadi said.

Worth remembering, US sanctions on Iran relating to rights violations, ballistic missile tests and support for terror groups stay in place.

He added that relations between Iran and the United States will depend on how Washington acts in the future as far as its policy on Tehran is concerned.

"If the Americans tighten the problem of the Iranian nuclear dossier by slapping or extending sanctions, or follow its previous policy, aimed at toppling the Islamic Republic's current regime, the US-Iranian ties will certainly come to a standstill," Izadi said.

In this context, he noted that currently, there is no indication that Washington's foreign policy line will change in the immediate future.

Pres Obama issues Executive Order to lift US sanctions imposed against Iran's nuclear program. Has notified Congress of his action.

Izadi was echoed by Iranian lawmaker Hossein Sheikholeslam, who expressed alarm over Washington's failure to deliver on its promises within the framework of the P5+1 talks.

"Future contacts between Iran and the US… will depend on how a joint comprehensive action plan on the Iranian nuclear program is fulfilled. If the Americans stick to their commitments, Iran will negotiate with them. As for the other regional political issues, we do not need to conduct a dialogue with Washington," Sheikholeslam told Sputnik.

© REUTERS / Yuri Gripas
Iran Nuclear Deal Shows US Diplomacy’s Capabilities – Obama
The two men's remarks came after Iranian President Hassan Rouhani, commenting on the lifting of sanctions against Tehran, said that his country is not going to restore full-fledged economic relations with the United States.

Late on Sunday, the United Nation's nuclear watchdog verified Iran's compliance with the terms of the Joint Comprehensive Plan of Action. The confirmation led to the immediate lifting of UN and EU sanctions, as well as partial sanctions relief by the United States.

Russia Has Not Granted $5-Billion Loan to Iran - Deputy FM