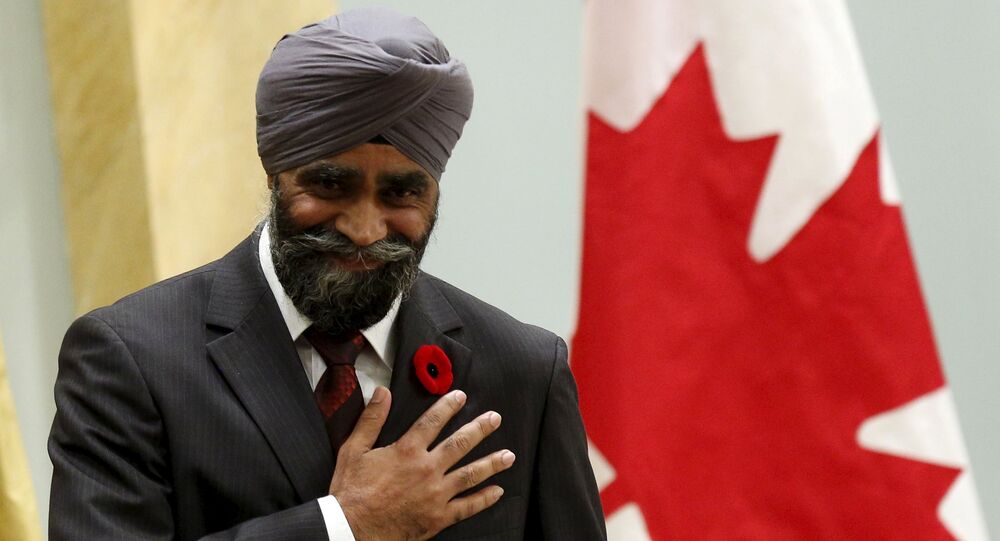 The Canadian minister of defense has openly favored a ground operation against Daesh instead of airstrike-only campaigns. But Canada’s army has a more important job to do at home: engage more women and minorities into the military service. Someone else will have to do the dirty job in the Middle East in the end, most likely.

© AFP 2020 / SAFIN HAMED
Canada to Make ‘Responsible’ Decision on Role in Anti-ISIL Coalition
Canada is set to withdraw its fighter jets from the aerial campaign in Iraq and Syria later in the year. The prospective move has disappointed many in the US-led coalition, but Harjit Sajjan, Defense Minister of Canada, explained, that a ground campaign – not airstrikes – should be regarded as the priority right now.

“Of course they want to keep our CF-18s there,” Sajjan noted in a radio program on CBC Saturday. However, an aerial campaign alone is not the “responsible” thing to do in the existing conditions.

At present, an airstrike mission is clearly just not enough – in contrast to the earlier phase of the war, when Daesh was “in the open”.

“Now the fight has gone into where you need to be able to define and find your target, and then be able to have that impact on the ground,” Sajjan stressed out.

Canada’s CF-18 fighter jets currently take part in air combat missions with the US-led international coalition against the Islamic State (Daesh) militant group, which is outlawed in many countries including Russia. Canada has also deployed 70-strong special forces to train Kurds in the Iraqi Kurdistan since 2014.

New Prime Minister Justin Trudeau said late last year that all Canadian aircraft will be withdrawn from the conflict by March 31, 2016.

​Boots on the ground

After suggesting a ground force is now a key to the military victory against Daesh, minister Sajjan immediately refuted Canadian troops alone will get the job done. He seems a common “advise and assist” program will do fine for Kurds and Arabs in Iraq, who will be able to effectively stand against jihadists.

​“Just as we phased our training in Afghanistan and were able to slowly pull away, this is one of the effective tools we’re very good at,” Sajjan, who was on military missions in Afghanistan three times, commented.

Instead, Canada’s military has another work to concentrate on at home: engaging more women and minorities to enlist.

“The military, even when I was serving, has made strides in trying to connect with all Canadians… but we can do better,” he pointed out.

Currently, women account for under 15 percent of military members and minorities comprise about 5 percent.