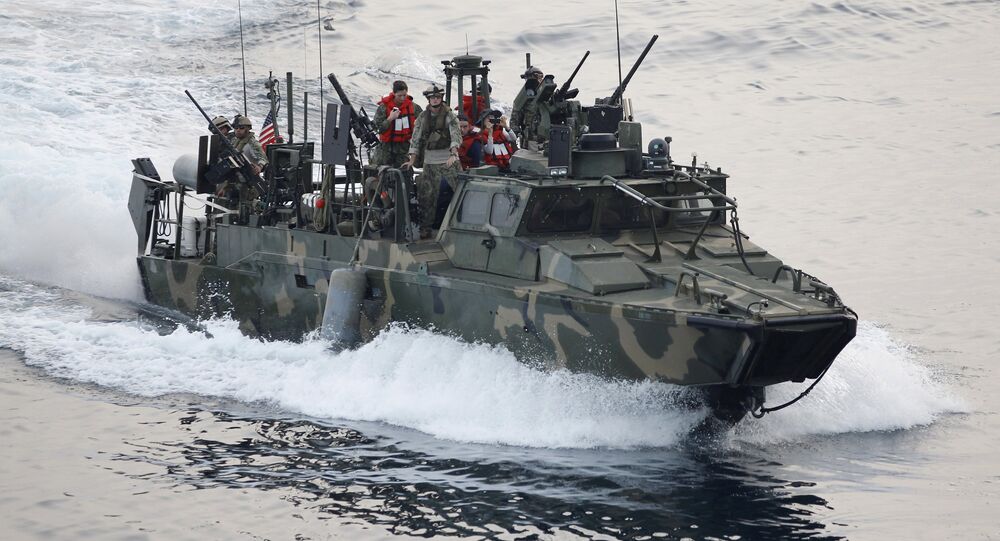 Two US boats "inadvertently drifted" into Iran's territorial waters due to a mechanical failure, US officials said shortly after the Tuesday incident took place. Two days later (and after Tehran released all ten US sailors) Washington had completely changed its story, leaving more questions than answers, journalist Glenn Greenwald pointed out.

On Thursday, US Defense Secretary Ashton Carter said that the sailors "obviously had misnavigated." At the same time, mechanical failure was ruled out as a reason for the incident. This means that the boats were not in distress when they sailed near Farsi Island, which houses a naval base of Iran's elite Revolutionary Guards Corps. This also means that Iran was within its right when it detained the soldiers.

"What we know for certain is that the storyline of 'mechanical failure' and 'poor US boat in distress' that was originally propagated … was complete fiction," Greenwald observed. But the new version does not necessarily reflect what really happened.

© AFP 2021 / MUSTAFA OZER
'Sunnistan': Are Washington and Ankara Seeking to Redraw Syrian, Iranian Borders?
First, the US sailors, according to the journalist, were most likely familiar with the route, since they often traveled between Bahrain and Kuwait. After all, the US Fifth Fleet is headquartered in Bahrain. Second, not a single sailor on the vessels reported the error to their superiors, when they understood that the boats had entered Iran's waters.

"Beyond that, 'misnavigating' within a few miles of an Iranian Guard Corps naval base is a striking coincidence," Greenwald noted.

Yet, many US media accounts of what transpired presented the incident as a hostile act committed by Iran.

© AP Photo / Sepahnews
This picture released by the Iranian Revolutionary Guards on Wednesday, Jan. 13, 2016, shows detained American Navy sailors in an undisclosed location in Iran. Less than a day after 10 U.S. Navy sailors were detained in Iran when their boats drifted into Iranian waters, they and their vessels were back safely Wednesday with the American fleet

"This unauthorized trespass into Iranian territorial waters was continuously depicted as an act of Iranian aggression (contrast that with how the US government suggested it would be in Turkey's rights not only to intercept but to shoot down any Russian jet that even briefly traverses its airspace)," the journalist pointed out.

One could only imagine front page headlines if the US and Iran switched places and those were Iranian boats that had inadvertently drifted into US territorial waters.

If 2 Iranian boats entered US waters off the East Coast w/no permission & US torpedoed them, would even one TV journalist object to that?

US Should Not Apologize for Boats Crossing Into Iran's Waters - Biden