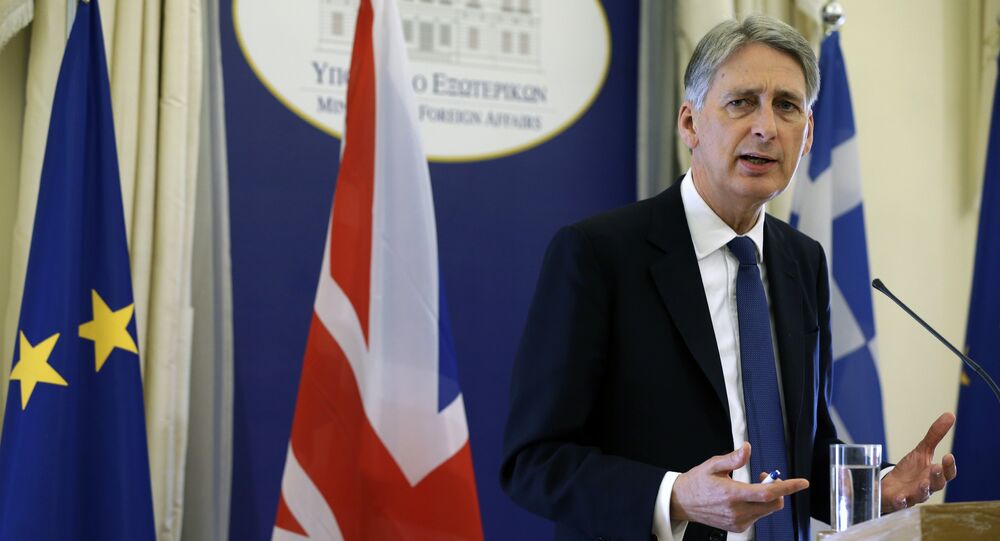 UK Foreign Secretary Philip Hammond on Thursday condemned the attacks in Indonesia’s capital Jakarta, in which at least 10 were killed.

"The UK utterly condemns these senseless acts of violence. We will continue to provide support and assistance to the Government of Indonesia as they work to defeat those who plan and perpetrate these acts of terror," Hammond said, as quoted in a statement posted on the UK government’s website.

UK nationals in Indonesia were called on in the statement to remain vigilant and to monitor updates in the British government travel advice, the local media and local security authorities' recommendations.

Earlier on Thursday, President of Indonesia Joko Widodo called the explosions an act of terrorism. Jakarta police confirmed that Daesh extremist group was definitely behind the blasts. The militant group is prohibited in numerous countries, including Russia and the United States.

Daesh Threatened Indonesia With Attacks Prior to Jakarta Blasts