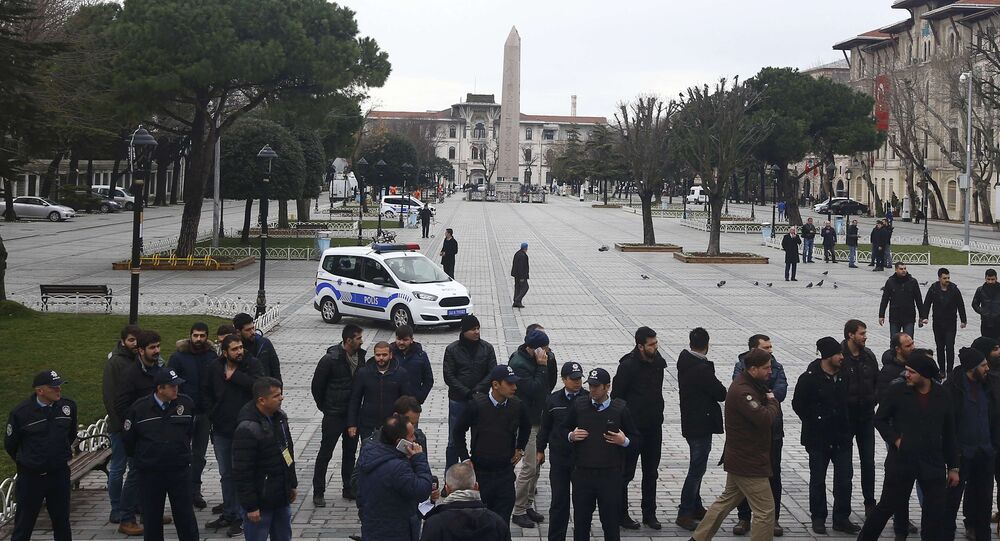 The South Korean Foreign Ministry advised citizens against visiting Istanbul and also recommended them to exercise caution when visiting crowded places, while using public transportation and at night time.

MOSCOW (Sputnik) — The South Korean government recommended the republic's citizens to refrain from travelling to the Turkish city of Istanbul following a deadly blast, the South Korean Foreign Ministry said in a statement Wednesday.

© REUTERS / Osman Orsal
Istanbul Blast: Is It Only Beginning?
"The level of danger for trips to Istanbul was raised to 'yellow' [recommendation to refrain from travelling] on January 13," the statement published on the ministry's website reads.

On Tuesday, the blast occurred near a tram stop full of holidaymakers in Sultanahmet district, a very popular tourist sight. The attacker was identified as a Syrian suicide bomber born in 1988.

According to Turkish Interior Minister Efkan Ala, 10 people were killed in the attack and 17 were injured, including nine Germans, a Peruvian and a Norwegian. A South Korean citizen was reportedly injured in the attack.

Number of Germans Killed in Istanbul Attack Rises to 10

One Person Detained on Suspicion of Involvement in Istanbul Attack