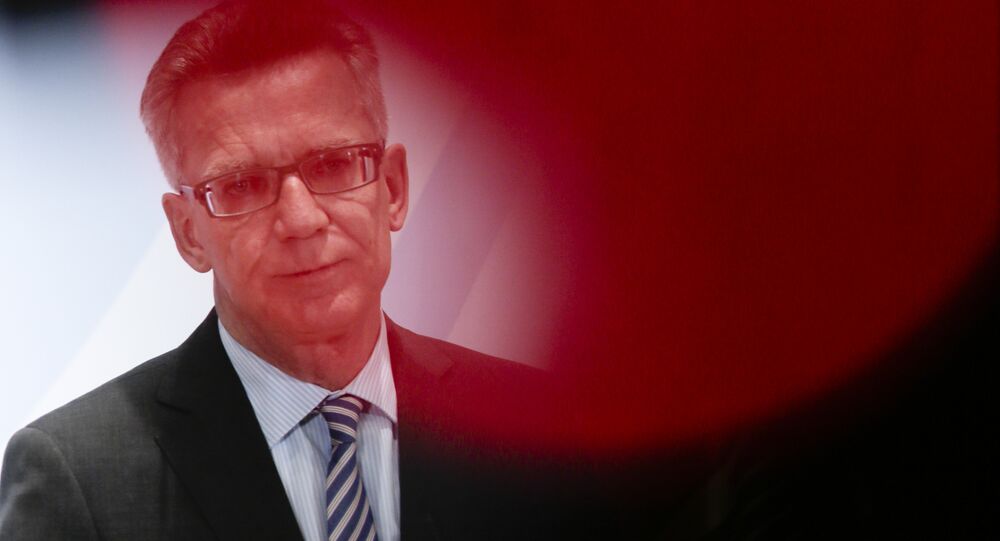 According to German Interior Minister, the terrorist act conducted in Istanbul wasn't directed against citizens of Germany.

“There is no reason at the current moment to believe that the terrorist act was directed against citizens of Germany,” de Maiziere said during a joint press conference in Istanbul with Turkish Interior Minister Efkan Ala.

Moreover, the minister said that he saw no reason to abandon trips to Turkey.

"I see no reason for fears of traveling to Turkey. Of course, it is necessary to stay informed by the Foreign Ministry and the Interior Ministry, for example, not to go to crisis regions, but I see no reason to abandon or cut short regular trips to Turkey," de Maiziere said at a press conference in Istanbul.

On Tuesday, the German Foreign Ministry called on its citizens in a travel notice to show "increased caution" when traveling to Istanbul.

The Istanbul explosion left at least 10 people dead and 15 injured. All 10 victims were foreigners, eight of whom were Germans. Turkish President Recep Tayyip Erdogan has called the incident a terrorist act carried out by a Syrian suicide bomber.