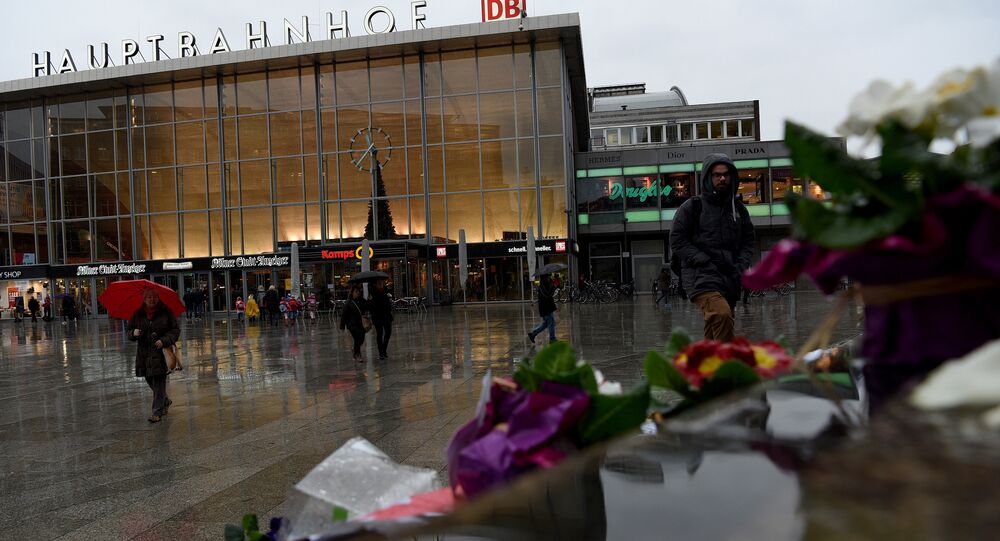 Algerian Prime Minister Abdelmalek Sellal said that Algeria is ready take back any of its nationals involved in the New Year’s Eve sexual assaults in Cologne, "if they are indeed Algerian citizens."

"But it needs to be proven that they are indeed Algerian citizens," Sellal told reporters at a press conference in Berlin.

The minister cited a 1990 bilateral agreement covering the repatriation of illegal Algerian immigrants from Germany.

"This will prolong the procedure, of course, because there should be enough proof," he said. "But we are interested in not going outside the deal’s framework."

© AP Photo / Markus Schreiber
Sex Attacks Shake Up Merkel's View of Refugee Inflow to Europe
On December 31, hundreds of women, most notably in Cologne, but also in Hamburg, Stuttgart, Berlin and Frankfurt, were sexually assaulted and robbed by organized groups of men, mainly of Arab and North African origin.

According to the German Interior Ministry, 29 of the 32 suspects in the incidents are registered as asylum seekers. Several others are believed to be illegal immigrants.

More than a million people – mostly from North Africa and the Middle East – claimed asylum in Germany last year.