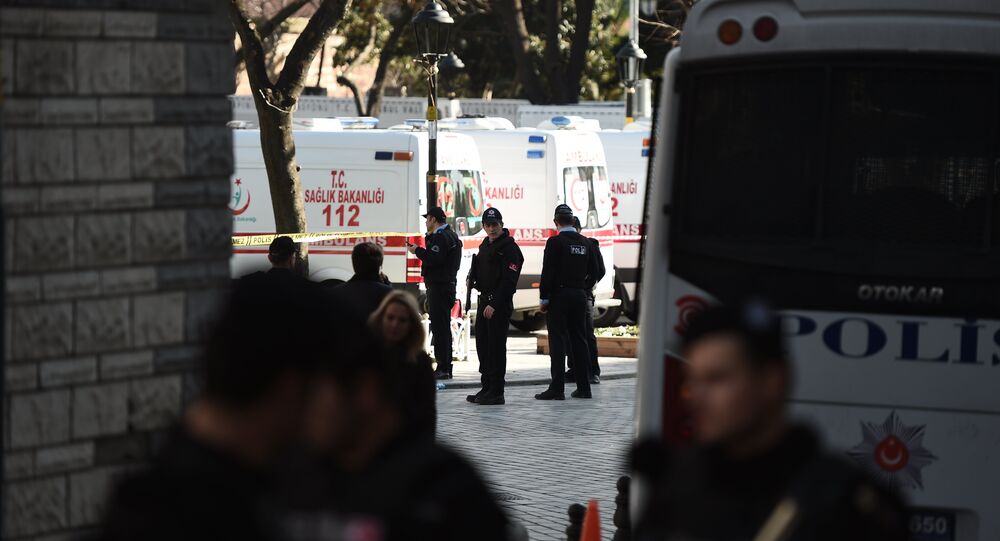 "I strongly condemn the terror attack in Istanbul assessed to be an attack by a suicide bomber of Syrian origin. Unfortunately we have 10 dead including foreigners and Turkish nationals… There are also 15 wounded," Erdogan was quoted as saying by Turkey’s NTV television station.

The president also confirmed foreigners are among dead in Istanbul central square blast.

According to the newspaper, police believe IS was involved in the attack since the explosion occurred in a touristic region of the city and was aimed at civilians.

At least 10 dead and 15 injured have been reported after an explosion in Instanbul’s historical center in the city’s central square, according to Istanbul authorities.