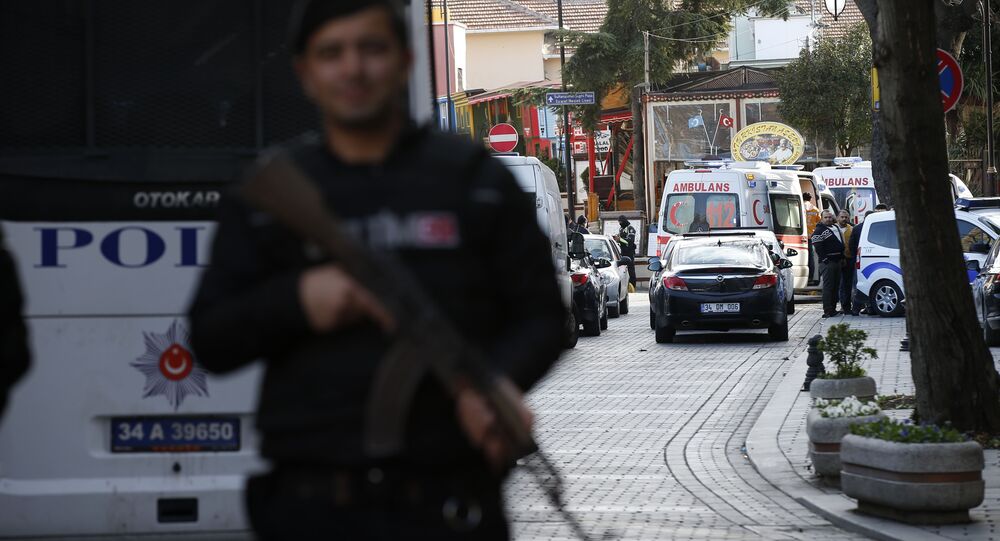 According to the Turkish TV channels' reports many people were injured in the explosion. Turkish media reports earlier said at least eight people were killed.

Heard a huge boom when I was making coffee. Thought it was construction. Turns out it was an explosion in #Istanbul's tourist district.

​The area is sealed off due to fear of a second explosion. Ambulances and police have arrived at the scene.

Very wide police cordon in #Sultanahmet following blast. Due to fear of a second explosion #TRTWorld

The cause of the explosion was not immediately clear. But according several reports an explosive device was places under one of the benches near the tram stop.

The Sultanahmet square, close to the Blue Mosque and Hagia Sophia, is a major tourist area of Istanbul.

German tourists are among those injured at Istanbul’s central square when an explosion occurred earlier on Tuesday, Turkey’s NTV television reported.

The explosion was centered near a tram stop. The number of injured in the blast has not yet been disclosed.

According to some speculations, an explosive device may have been detonated by a suicide bomber.