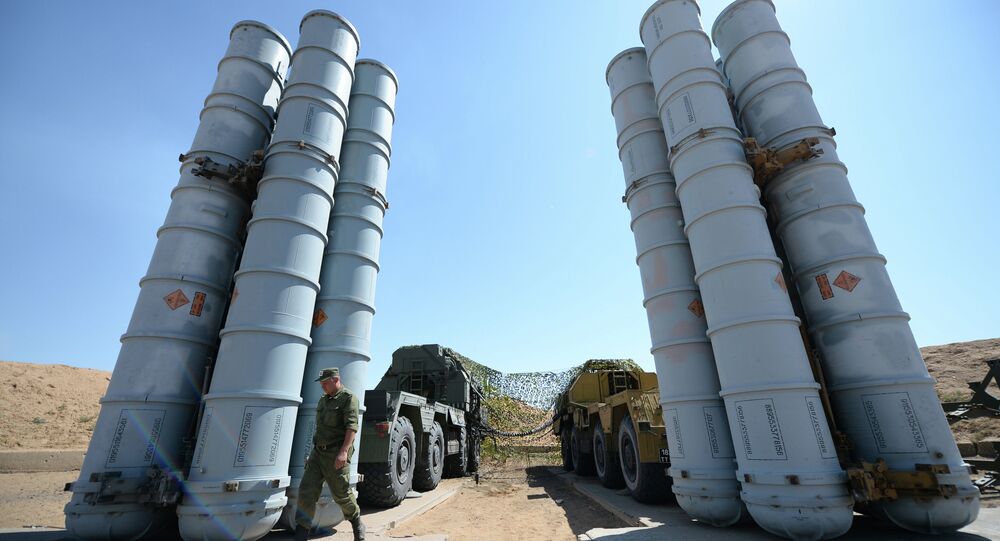 Russian Deputy Prime Minister said that Iran will recall its suit against Russia for the non-delivery of S-300 air defense systems.

© AP Photo / Ivan Sekretarev
Russia Begun Delivering S-300 Air Defense System to Iran
BELGRADE (Sputnik) – Iran will recall its suit against Russia for the non-delivery of S-300 air defense systems in light of sanctions about to be lifted against Tehran and has already made a prepayment for their consequent deliveries, Russian Deputy Prime Minister Dmitry Rogozin said Monday.

In 2007, Moscow and Tehran signed an $800-million deal for the delivery of five S-300 missile systems to Iran. In 2010, Russia suspended the contract, citing a UN Security Council resolution that placed an arms embargo on Tehran until it proved the peaceful nature of its nuclear project. Tehran filed a lawsuit against Moscow over the incident.

"The S-300 air defense system deliveries are defined by a contract, which was signed last year. The deliveries will begin once finances have been received. Funds have already been transferred to the appropriate Russian organizations and the contract is now currently being fulfilled," Rogozin said.

Rogozin said that Iran has also recalled its suit against Russia for the non-delivery of the systems.

"We are getting guarantees from Iran on recalling its suit in regard to the non-delivery," Rogozin added.

Last month, the International Atomic Energy Agency announced the conclusion of its investigation into Iran’s nuclear program, having found no indications of military-related nuclear developments in the country.