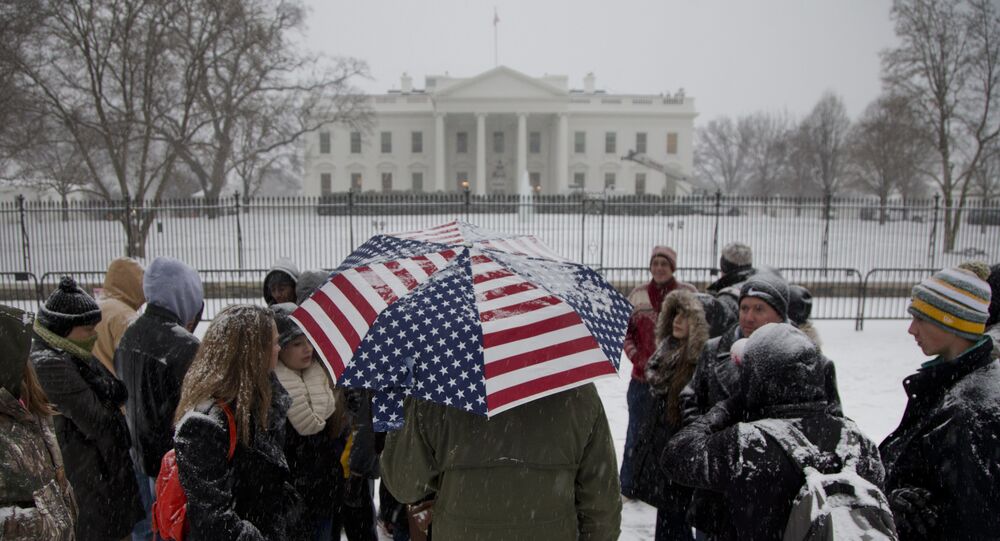 Thrive or Strive: Can Washington Really Adjust to a Multipolar World?

The US has become accustomed to running the world, and the country is not psychologically ready for taking a step back from this responsibility. If Washington can adjust to the new reality there is hope for global stability, if not it can result in its self-destruction, according to political analyst and journalist Stephen Kinzer.

“To thrive in the 21st century, the United States needs a new set of tools,” he states. However, the author goes on to say that psychologically the country is not ready for it.

Among its strongest challengers are: “a terror gang” in the Middle East, which it is unable to dislodge on its own, despite all its military might; Turkey, a NATO ally that was “long its lap dog, which ignores its pleas and goes its own way.”

Saudi Arabia, which “launched a war without even consulting with US.”  Russia, which openly defies it.

“Most challenging is our changing relationship with China. By mid-century, if not before, Americans will be faced with a reality we have never known: a rival that is more populous, richer, and more historically powerful than the United States,” the author states.

© AP Photo / Andy Wong
Equal Rivals? China May Push Out US as the Sole Superpower
He further explains that the US response “to recent Chinese probes in the Pacific has been militaristic,” which suggests that its policy toward China is “stuck in the 20th-century 'us-against-them' paradigm.”

“If we pursue this policy, the long-term victor is likely to be them, not us. During the middle and later decades of this century, the United States will not be able to prevail over China in conflicts around China’s borders. This may be difficult for Americans to grasp or accept.”

The key to world power will become a skill the US has not developed – coalition-building among nations, as the global security challenges can only be met by nations acting together.

The US, as it turns, has never been a team-player.

“We are used to telling our partners what to do. In the new age, we must persuade them and accommodate their interests. This requires willingness to compromise – something to which we are unaccustomed.”

© AFP 2020 / MLADEN ANTONOV
US Establishment Ponders the End of America's Post-Cold War Global Hegemony
“Nations naturally rise and decline over the course of time,” Kinzer further explains. “Those that survive the longest, like China and Iran, do so by riding the tides of history. Americans have no experience doing that. For us the tide has always been high.”

“Over the course of the 20th century, our power grew steadily. We became accustomed to running the world. In the future, we will not run it. Nothing in our history prepares us for this looming change in our global status. We are not psychologically ready for it.”

All the above might result in a looming global military conflict.

“Great wars often explode at moments of tectonic geopolitical change: when rising states challenge a long-dominant power. The conflict is set off not by a challenger, but by the dominant power, which fears losing its top-dog status.”

And it is up for the US to decide whether to make the psychological transition to a world it does not dominate, or follow the path of self-destruction.

“This historic inevitability may be a gift. A multipolar world is inherently more stable than one overseen by a single power,” the author finally states.