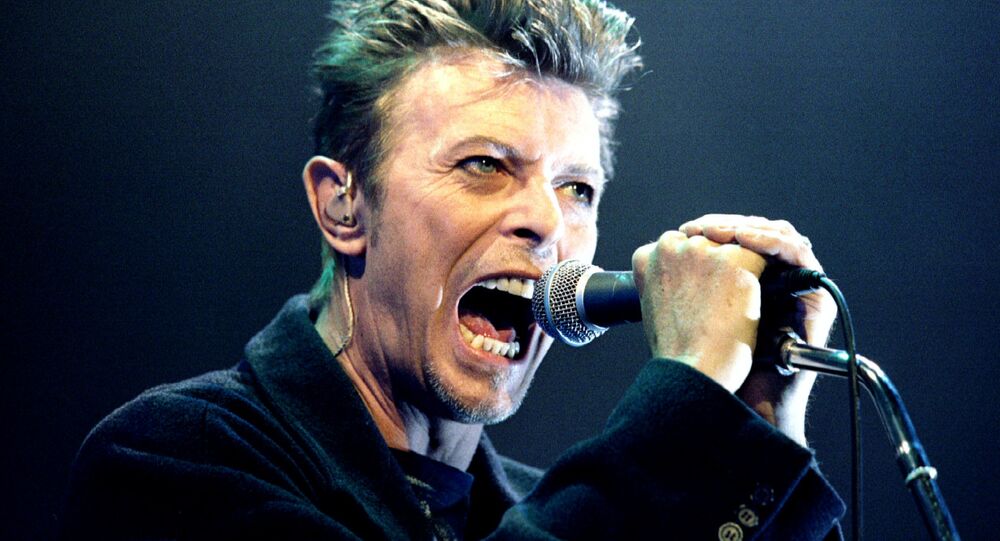 According to an announcement, legendary British singer David Bowie has died at the age of 69 after an 18-month battle with cancer.

MOSCOW (Sputnik) – Legendary British singer David Bowie has died at the age of 69 after an 18-month battle with cancer, according to an announcement on the singer’s Facebook account.

Bowie’s son, Duncan Jones, has confirmed in a Twitter posting that the singer died Sunday.

British Prime Minister David Cameron posted on Twitter that Bowie's death was "a huge loss," saying he grew up listening to and watching "the pop genius."

David Bowie, born David Robert Jones, started his career as a musician in the 1960s. Over the years, Bowie collaborated with such rock music legends as John Lennon and Brian Eno.

He has sold millions of copies of his albums and singles worldwide. In 2000, Bowie was voted the most influential musician of the century by the British magazine NME.