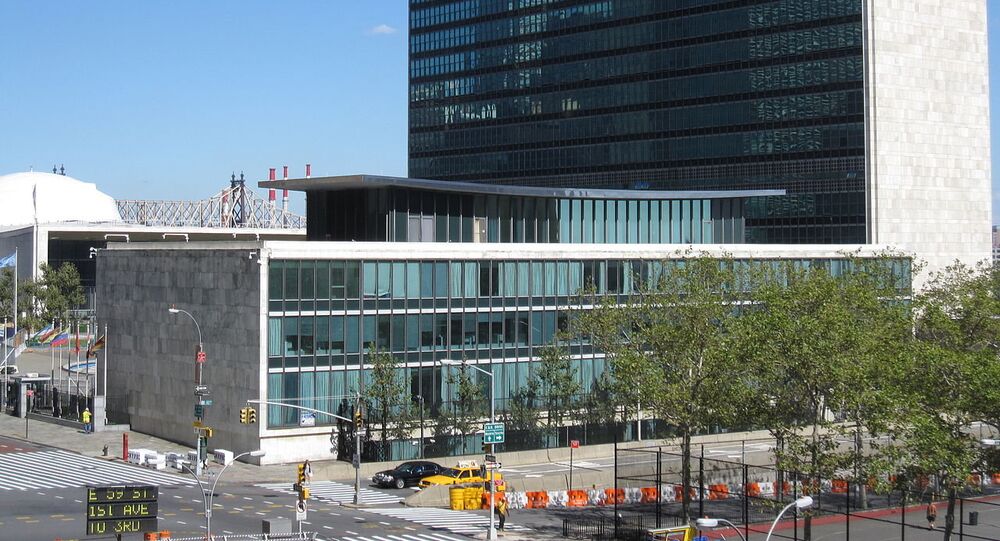 UN's Most Popular Book of 2015? A Guide for Evading War Crimes Prosecution

The Dag Hammarskjöld Library at the United Nations Headquarters in NY, which generally isn't so active in social media, recently tweeted that its most borrowed 2015 publication is Ramona Pedretti's "Immunity of heads of state and state officials for international crimes". The shocking announcement was soon picked up by media outlets.

© AFP 2021 / Maurice McDonald
British Vets May Face War Crime Charges Over Iraq Conflict
The library, named after the former secretary general who died in 1961, stores plenty of documents and publications from the UN and related organizations, as well as materials on various topics such as international relations, law and economics.

It is quite disturbing that of the plethora of books available in the library, the top pick among its users — the UN professional Secretariat staff and member state delegations — is about getting away with war crime prosecution.

Pedretti's publication, based on her doctoral thesis from the University of Lucerne, brings up an issue of state officials avoiding charges in foreign courts. Pedretti names two forms of diplomatic immunity in the international law of which heads of state and other government officials can take advantage of.

According to Pedretti, immunity ratione personae is absolute which means domestic courts in one country can't indict the leader in power of another nation, so the likes of Robert Mugabe or Bashar Assad currently would not be able to be prosecuted under US jurisdiction. However, once heads of state leave the office, they can be charged overseas.

Personae restrictions are meant to apply to domestic courts in foreign countries, meanwhile international courts are generally exempt from it. Therefore, only the treaty-based permanent International Criminal Court has the power to indict incumbents.

Who still goes to the library? Apparently war criminals. This is the most checked out book at the UN Library. pic.twitter.com/bjVP4xTW2S

​According to reports by Reuters' UN correspondent Michelle Nichols, Pedretti's book is the most popular "new" book in the library, and it wasn't as popular as one would assume.