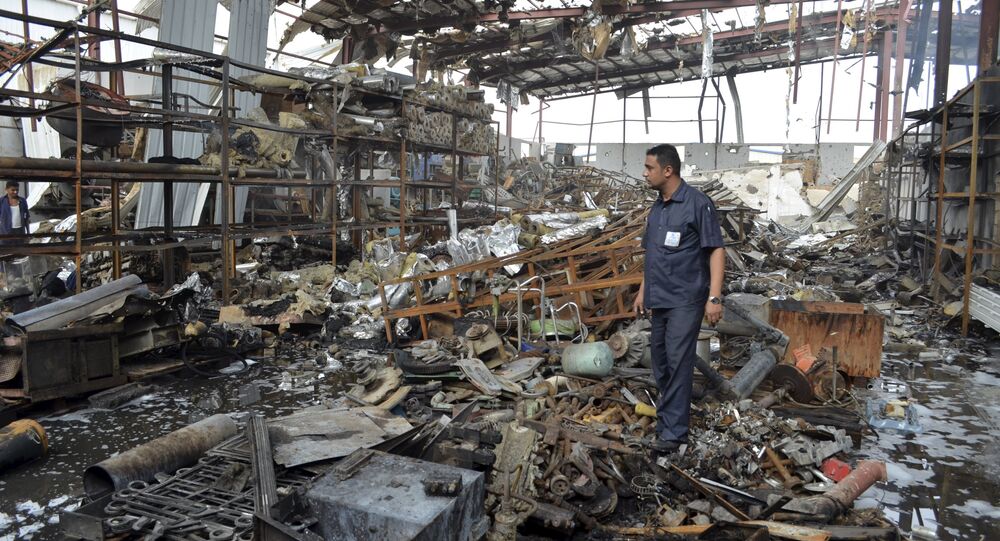 Parties to the 2008 Convention on Cluster Munitions must publicly condemn the Saudi-led coalition’s usage of cluster munitions in Yemen and pressure it to stop the practice, a spokesman for an international civil society campaign told Sputnik Thursday.

"The Cluster Munitions Coalition (CMC) strongly condemns the use of cluster munitions in Yemen and urges Saudi Arabia and all members of the coalition to immediately halt the use," Firoz Ali Alizada said, calling on all parties to the Convention, to which Saudi Arabia is not party, to "publicly condemn the continued use of this indiscriminate weapons in Yemen."

© AFP 2021 / FAYEZ NURELDINE
HRW: Saudi Coalition Shows Intent to Kill Civilians by Cluster Bombing of Sanaa
Yemen has been engulfed in a military conflict between the government headed by Abd Rabbuh Mansur Hadi and Houthi rebels since 2014.

In March 2015, the Saudi-led international coalition started carrying out airstrikes against Houthi positions at Hadi’s request.