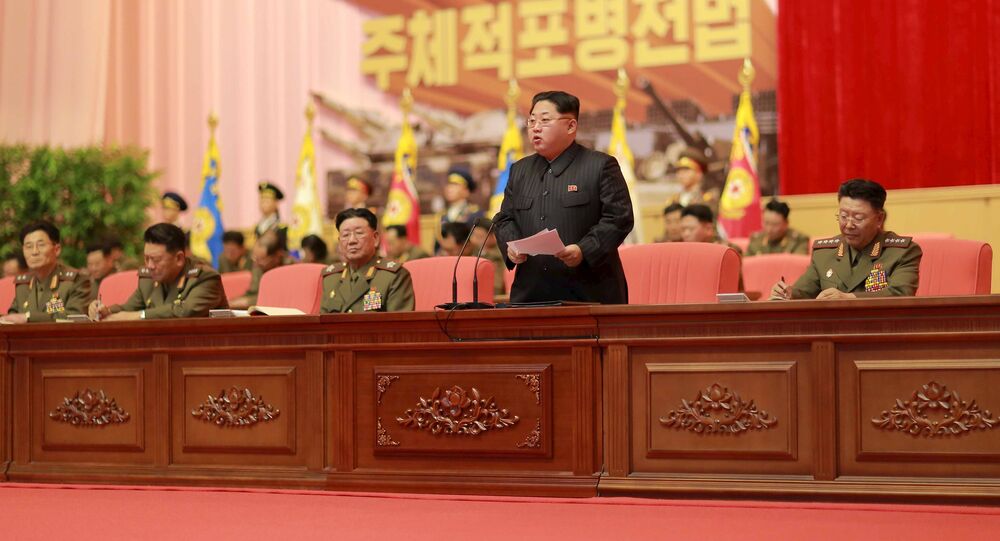 If North Korea’s test of a hydrogen bomb is confirmed, a new concept of international security for all countries around the world under the aegis of the UN Security Council will be needed, the deputy head of the Russian State Duma Defense Committee said Wednesday.

"If this [test of a hydrogen bomb] is true, it will seriously complicate the situation on the Korean Peninsula and in the entire world. Globally, the focus should be on developing a new concept of international security under the auspices of the UN Security Council," Frants Klintsevich told RIA Novosti.

© AP Photo / Chitose Suzuki
US Refuses to Accept Nuclear North Korea – State Department
The responsibility of the world’s leading powers, including Russia and the United States, to ensure security sharply increases, he highlighted.

"Finally, and we are talking about this all the time, we need to, at least temporarily, drop the differences on minor issues, focusing on the major threats. Probably, the world is currently facing a new challenge. It is necessary to adequately respond to it," Klintsevich noted.

North Korea declared itself a nuclear power in 2005 and conducted a series of underground nuclear weapon tests in 2006, 2009 and 2013. Pyongyang's nuclear program has triggered multiple protests from the international community.