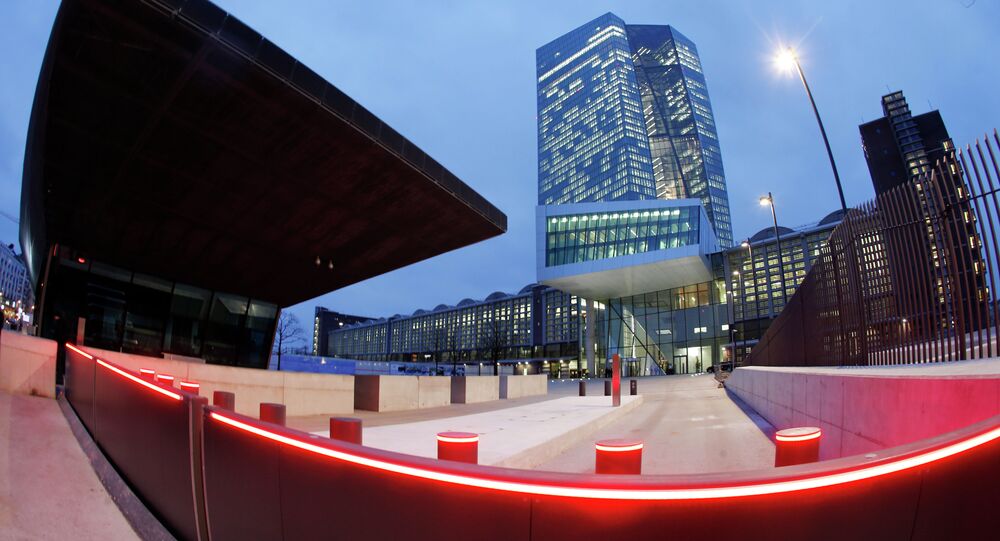 © AFP 2021 / ARIS MESSINIS
Greece to Request European Central Bank for Liquidity on Sunday
In an interview with the Financial Times, Sberbank chief German Gref blamed the European Central Bank (ECB) for maintaining a "quite difficult" regulatory policy, suggesting that "European banking will have a very, very difficult period of time now."

"I can't understand what they are doing, frankly," Gref, chief executive of Russia's biggest bank, was quoted by the Financial Times as saying.

His stern remarks came after Sberbank's Austrian subsidiary was subjected to a stress test by the ECB in 2015, in a move that was preceded by Sberbank being added to the list of banks considered systemically significant.

"If you have the push from the market, a squeeze from the regulator and bad macroeconomic conditions, you know, it does affect your health quite badly," Gref said.

He argued that the ECB's tough regulatory position was handing US banks a big advantage.

"If you look into the future of the European banks, we think it will be quite difficult. American banks have a quite different macroeconomic situation and their regulation is different," he pointed out.

Despite the ruble falling to its lowest level in more than a year last week, "interest rates and inflation were falling and Sberbank has started to increase its lending to corporate clients," Gref said.

He added that the Ukraine crisis had affected the activity of Sberbank, which earlier suffered a sharp outflow of deposits but recently reversed its fortune "as customers of weaker Russian banks moved money to bigger rivals."