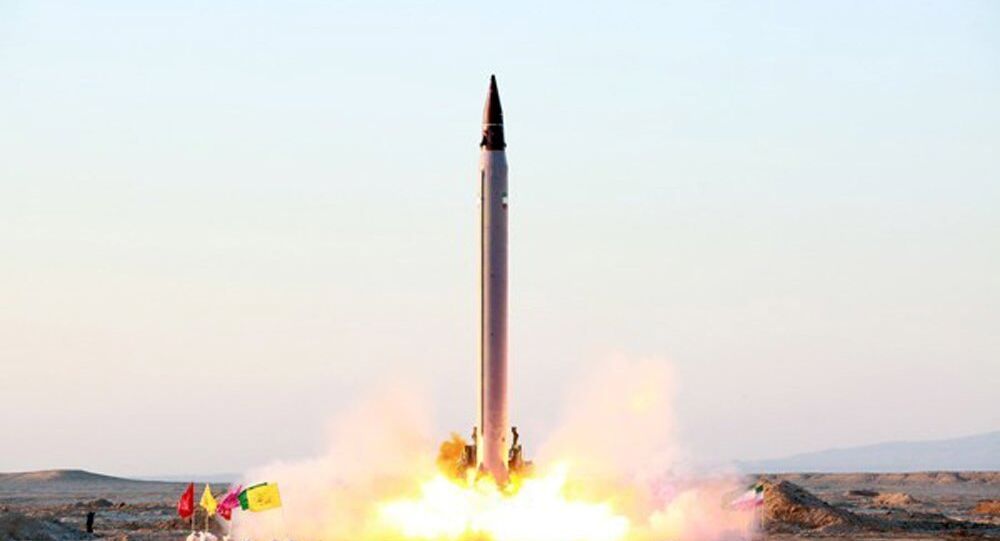 The White House has plans to impose sanctions against Iran in connection with its missile defence program, but has now delayed their implementation, according to reports.

© AP Photo / Pablo Martinez Monsivais
Israeli Anti-Iran Deal Actions Provoked US Spying on Netanyahu
The US government prepared sanctions against Iran because of its ballistic missile defence program, but has now postponed their implementation, the US press reported on Wednesday.

The Obama administration is still intent on punishing Iran for developing the missiles, which it allegedly tested earlier this month. However, sanctions in connection with the ballistic missile program have been delayed, according to US officials.

​​On Wednesday the US Treasury announced a list of companies and individuals in Iran, the UAE and Hong Kong that are to be targeted by sanctions because they are alleged to have assisted Iran in the development of the missiles.

The sanctions would freeze the US-held assets of those entities, and forbid US companies from trading with sanctioned firms.

Iran’s President Hassan Rouhani called the sanctions an example of the US’ “hostile policies and illegal meddling,” and instructed Iran’s Defence Ministry to step up the development of the missiles.

​Iran’s Foreign Ministry spokesman Hossein Jaber Ansari on Thursday stressed that Iran’s missile program is for purely defensive purposes, and is only capable of firing conventional rockets, not nuclear warheads.

​“As the US officials have mentioned before, [the Iranian] missile program is not related to the Joint Comprehensive Plan of Action (JCPOA),” said Jaber Ansari.

© Photo : Youtube/How to extract? How to get?
Some 60 Tonnes of Natural Uranium Shipped to Iran With Norwegian Assistance
“There is nothing to prevent Iran from pursuing its legitimate right to reinforce its defensive strength and national security.”

In July the Iranian government and the P5+1 group of countries reached a deal on Iran’s nuclear program, in which Iran agreed to restrictions on its capability to enrich uranium in return for the eventual lifting of economic sanctions.

Last week Iran shipped nine tons of low-enriched uranium to Russia as part of the deal, and in return received 137 tons of natural uranium for use in nuclear energy reactors.

Stab in the Back? Tehran Slams US Plans to Impose New Anti-Iran Sanctions