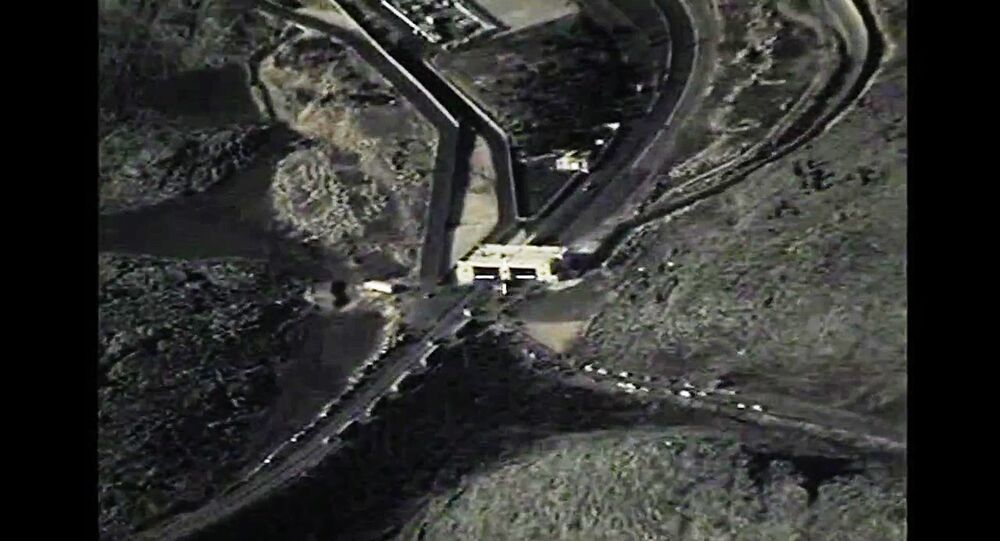 MOSCOW (Sputnik) — Ankara is carrying out an anti-Russian campaign as a reaction to Moscow uncovering the truth about Turkey's involvement in illegal Daesh (Islamic State) oil business, the Russian Foreign Ministry said Thursday.

"In recent days, Turkish authorities have been spreading false information about alleged airstrikes by Russian Aerospace Forces on civilian targets and civilians in Syria. In the context of its black propaganda, Ankara has actively stated the number of victims," the ministry said in a statement.

"We consider Ankara's strive to unleash an anti-Russian campaign to be an obvious reaction to our side revealing Turkey's involvement in illegal activities in northern Syria, including smuggling of oil from Daesh-controlled fields," the statement reads.

Daesh controls large areas in oil-rich Syria, Iraq and Libya. Earlier in December, the Russian Defense Ministry presented evidence showing that the jihadists had been smuggling oil across the Syria-Turkey border in large volumes.

Turkish officials placing Russia and a number of other countries on the same level as Daesh (prohibited in a number of countries including the United States and Russia) is absurd, the Russian Foreign Ministry said Thursday.

Last week, the rights group Amnesty International released a report suggesting that Russia has used internationally prohibited cluster munitions in heavily-populated residential areas in Syria. According to the report, Russian anti-terror airstrikes in Syria have allegedly killed hundreds of civilians and caused massive destruction, which may amount to war crimes.

“Doubtful information from Amnesty International, which itself is based on ‘preliminary’ information that is received at a distance, is used [by Turkish authorities],” the Foreign Ministry said in regard to information disseminated by Ankara on alleged civilian casualties among civilians in Syria due to Russia’s Aerospace Forces operations.

The Foreign Ministry said it was “simply absurd” to place Russia and other countries in the region in the same basket as Daesh. The United Nations was unable to confirm the watchdog’s claims.

© Sputnik / Dmitriy Vinogradov
Checkmate: Russia's Anti-Daesh Campaign Led to 'Near-Total Defeat' of Turkey's Policy in Syria
“We think that before fabricating sensational [stories] on Russian ‘airstrikes against civilian targets’ and using heartbreaking statistics on ‘the death of civilians,’ the Turkish authorities should try and solve actual problems in their own country by observing human rights and the freedom of the press,” the Foreign Ministry said.

“It’s no secret at all that the policy of oppression being used by the Turkish leadership against the Kurdish population, which represents an important part of Turkey’s society, will lead to large civilian casualties, including women and children,” the statement continues.

Turkey's Kurdish-dominated southeast region has seen renewed hostilities between the Turkish government and the Kurdistan Workers' Party (PKK) since July's breakdown of a two-year peace process.

In July, Ankara initiated a military operation against the PKK in response to the escalation of terrorist attacks in southern Turkey.

Human Rights Watch noted that Turkish security forces have "repeatedly" opened fire at ordinary people on the streets "failing to distinguish between people who were armed and those who weren’t." Moreover, the Turkish authorities have denied wounded Kurds access to medical treatment.

Russia regrets that Turkey’s Western allies prefer to remain silent about Ankara’s false confirmations of alleged civilian deaths among the civilian population as a result of Russian Aerospace Forces operations in Syria.

“Ankara’s insinuations are believed by hardly anyone, including its ‘allies,’ who unfortunately prefer to remain silent out of bloc solidarity,” the Foreign Ministry said in a statement.