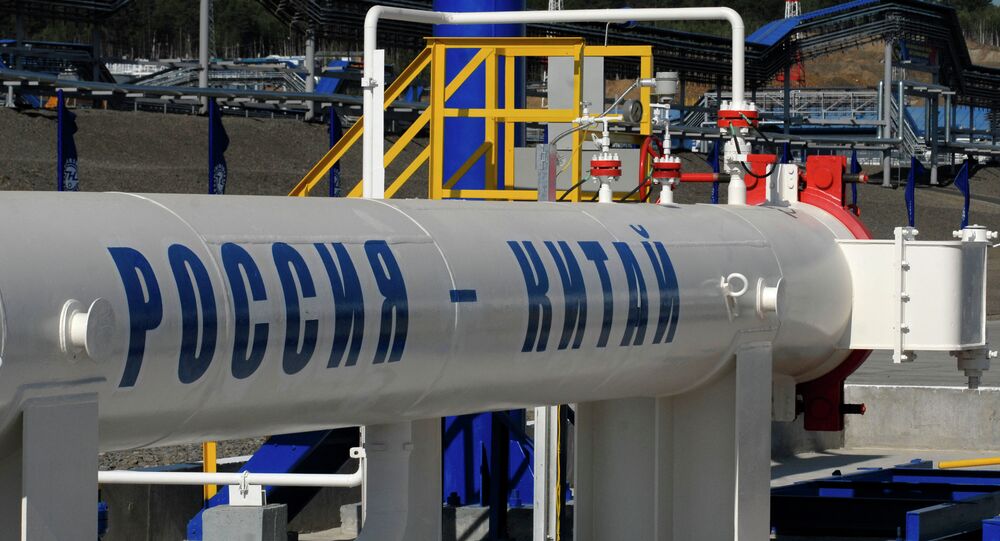 While Saudi Arabia's oil exports to China have dropped in recent years, Russia is able to mitigate the effect of low oil prices by increasing Chinese exports.

According to GAC figures, in November Chinese buyers purchased on average 949,925 barrels per day (bpd) of Russian crude oil in November, more than the 886,950 bpd from Saudi Arabia.

Junge Welt linked the development with a longer-term trend for Chinese importers to turn away from Saudi oil in favor of Russian crude, as they seek to diversify their sources of energy.

Saudi oil supply to China decreased from 55 million to 50 million tons in 2014, while the supply of Russian crude surged 36 percent, to reach 34 million tons, according to GAC.

"This export success has helped Russia to soften the effect of sanctions. At the same time it is an expression of the developing partnership in trade, energy and other economic areas between Moscow and Beijing," wrote Junge Welt.

© AP Photo / Hasan Jamali
Enemy Within? 'Extremism Exists Inside Saudi-Led Coalition' Against Daesh
As well as economic partnership, the newspaper pointed to the countries' shared political interests in curbing western military expansion, using means such as coordinated voting at the UN Security Council to restrain some excesses.

"Part of the overall Russian-Chinese strategy are the joint efforts to 'de-dollarize' international trade," and increase economic stability and independence from the US Federal Reserve, the newspaper remarked.

Since 2014 the two countries have settled more trade in rubles and yuan, and increased the cooperation between their banks in order to reduce the use of a third currency.

"The growing loss of market share is not only a commercial pain for the Islamic feudal regime in Riyadh. Apart from oil, its main export is Islamic terrorism, and the Chinese are also concerned about increasing Salafist terrorist violence in its western province of Xinjiang."

"The stronger geopolitical cooperation of China and Russia in the Middle East, including combating terrorists sponsored by Saudi Arabia, again greatly worries the regime in Riyadh."

The newspaper lists Beijing's support of Russia's Syrian policy, its condemnation of the Turkish government's support for terrorism, and the good relations maintained with Tehran as some of the reasons for disquiet in the kingdom.

"From Riyadh's point of view this development is becoming stronger, as Beijing's dependence on Saudi oil is diminishing."