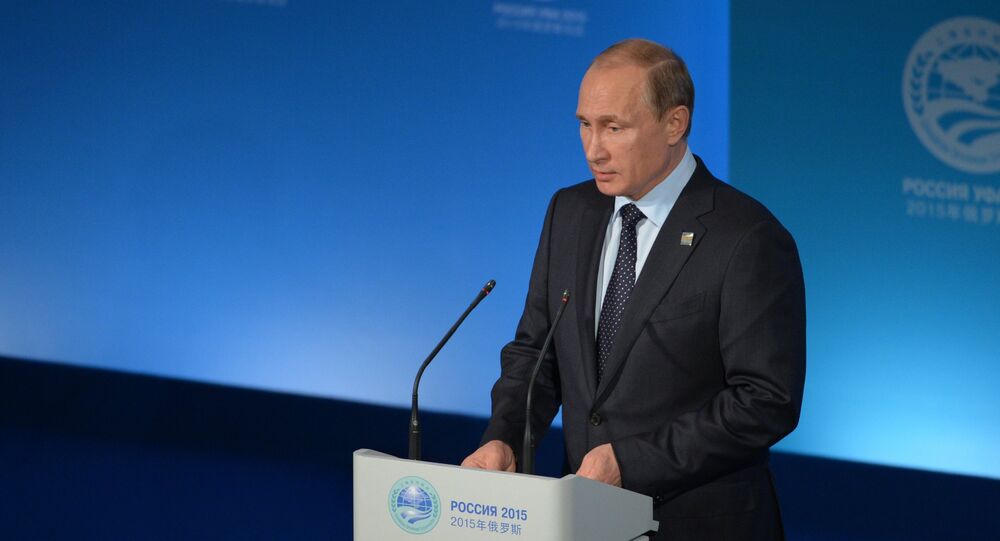 Voters are attracted to Russian President Vladimir Putin and Republican presidential contender Donald Trump because of their decisiveness, a US study has found.

© REUTERS / Carlos Barria
Obama 'Reaps the Fruits' of His Disrespect for Vladimir Putin
Russian President Vladimir Putin and Republican presidential contender Donald Trump both have the voters' preference for a strong leader, acting decisively in a crisis, to thank for their popularity, according to a US study.

"When a country is facing urgent threats from the outside, citizens want a head of state who can take immediate action. Citizens under direct threat want a leader who can and will guarantee their security," explained Steven V. Miller in the Washington Post.

© AP Photo / Mic Smith
Donald Trump: An Evaluation
Miller, an assistant professor in political science at Clemson University, carried out a study which looked at the reasons why individuals support state leaders with broad authority that is organized around their leadership.

The professor examined the high levels of support enjoyed by President Putin, who has a 90 percent approval rating in Russia, and by Trump, who is leading the Republican primaries with an approval rating more than twice that of Ted Cruz in second place.

"All that support, for both Putin in Russia and Trump in the US, implies that citizens are seeking what I call 'strong leaders,' or state leaders who will take bold action without concern for checks and balances."

© REUTERS / Brendan McDermid
US Republican presidential candidate Donald Trump exits the Manhattan Supreme Courthouse following service of jury duty in New York August 17, 2015
"Why do citizens support the 'strong leadership' proposed by Trump or provided by Putin? My research shows citizens across the world — not just the US and Russia — prefer this kind of leader when they are afraid of a serious threat to national security or economic livelihood," wrote Miller, who also identified a similar trend in India in recent times.

In Russia, citizens are worried by instability in Ukraine, given its close proximity and links with Russia, writes Miller. In the US, he identified terrorism, migration, and a worsening economic situation as the fears which drive voters to seek a strong leader.