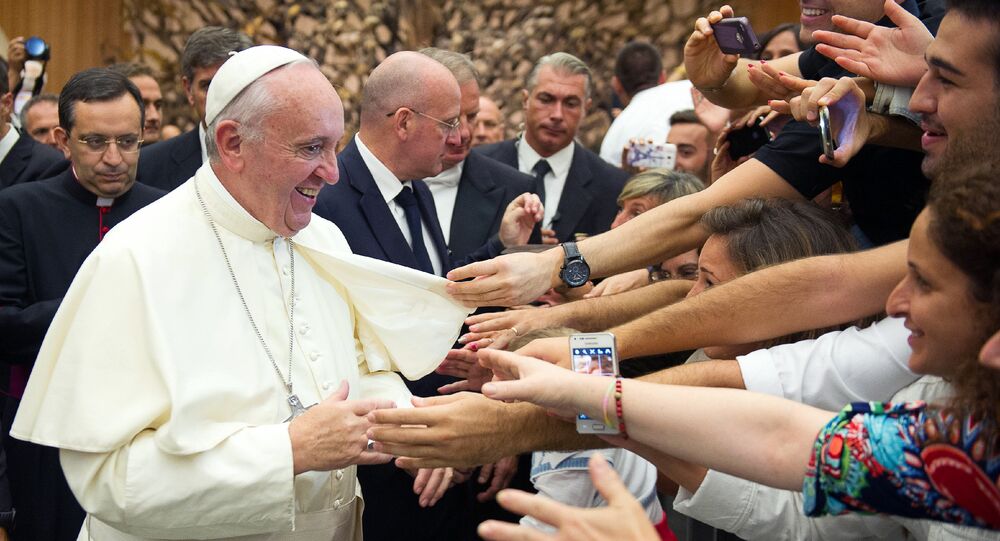 Pope Francis hopes that the UN agreements on Syria and Libya would facilitate speedy peace settlements in the two war-torn countries.

MOSCOW, December 25 (Sputnik) – The Pope expressed hope that with the help of the United Nations peace will come to the two conflict-torn countries:

“We pray to the Lord that the agreements reached in the United Nations may succeed in halting as quickly as possible the clashes of arms in Syria and in remedying the extreme grave humanitarian situation of its suffering people. It is likewise urgent that the agreement on Libya be supported by all so as to overcome the grave divisions and violence afflicting the country,” Pope Francis said in his Christmas message.

© Sputnik / Valeriy Melnikov
Play By the Rules: Foreign Armies in Syria Must Work With Gov't Forces
Syria has been in a state of civil war since 2011, with government forces fighting several opposition factions, including the notorious Islamic State (IS, or Daesh in Arabic) terrorist group, outlawed in Russia and many other countries. Around four million people have fled the conflict-torn country since then, according to UN estimates.

On December 18, the UN Security Council adopted a resolution that supports a ceasefire, sets a target of six months for a government transition, and calls for just and fair elections in the country within 18 months.

Libya has also been in turmoil since early 2011, after Arab Spring protests led to the overthrow of the country’s long-time leader Muammar Gaddafi.  Currently there are two rival governments in Libya: the internationally-recognized Council of Deputies based in Tobruk and the Tripoli-based General National Congress.

On Wednesday, the two sides signed a UN-backed peace deal in Morocco, with the aim of forming  a 17-member national unity government in Tripoli within 30 days.

Pope Declares Christmas a ‘Charade’ Amidst So Much ‘War and Hate’

Facebook and Consumerism are Eating Us Alive, Laments Pope Francis