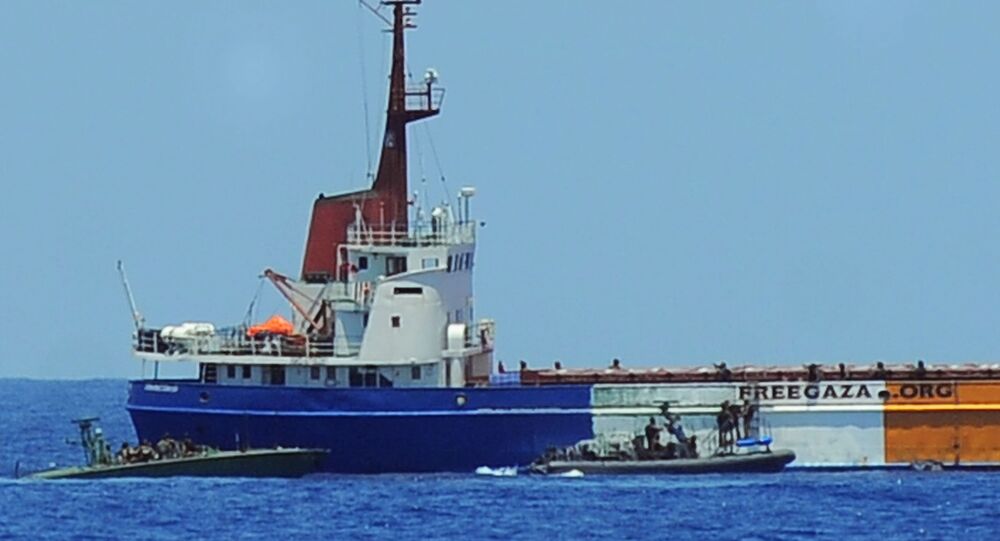 Turkey is determined to claim compensation from Israel for its citizens who were killed during an incident involving the so-called Gaza Freedom Flotilla, Turkish Prime Minister Ahmet Davutoglu said Tuesday.

ANKARA (Sputnik) — Earlier in December, Turkish President Recep Tayyip Erdogan said that his country stood to benefit from improved relations with Israel. On December 16, envoys from the two countries met in Switzerland to discuss a possible reconciliation deal.

"Turkey's position on the normalization of relations with Israel remains unchanged, we are determined to achieve both compensation and the lifting of the blockade [of Gaza]," Davutoglu said, speaking in parliament.

© AFP 2020 / DOMINIQUE FAGET
Israel Intercepts Swedish Flagship of Gaza-Bound Freedom Flotilla
In May 2010, the Freedom Flotilla, a convoy of ships with humanitarian aid and activists on board, tried to approach the Gaza Strip but it was blocked and stormed by Israeli forces. In the attack, 10 activists on one of the Turkish ships were killed. Turkey has demanded that Israel apologize for the assault, pay compensation to the victims' families and lift its blockade of Gaza before relations between Ankara and Tel Aviv can be normalized.

No Israeli apologies to Turkey over Freedom Flotilla deaths

Israel to prevent new Freedom Flotilla to near Gaza