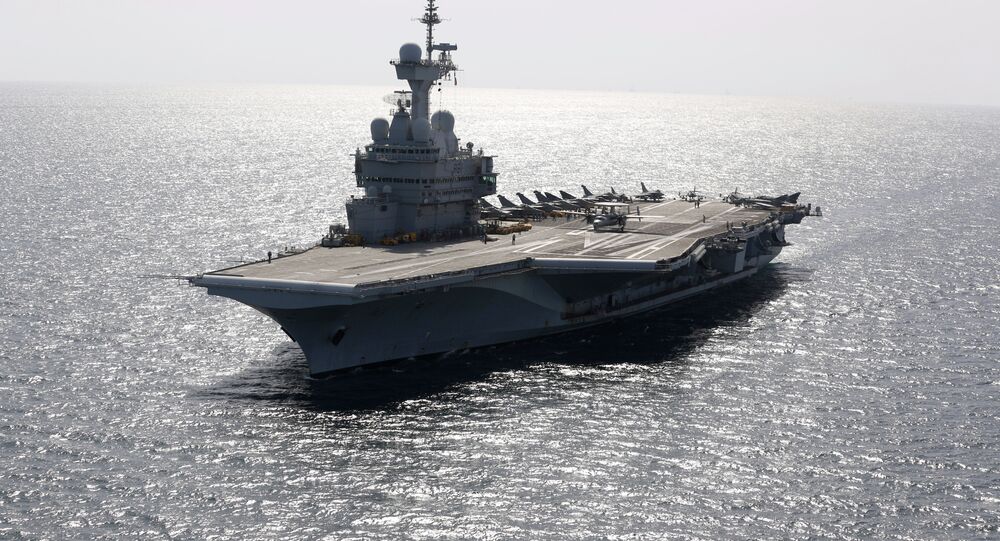 French Rear Adm. Rene-Jean Crignola, aboard the Charles de Gaulle, assumed command of CTF 50 December 7. This marks the first time the French Navy has served as commander of a US task force in the region, according to Defense Talk. CTF 50 plans to carry out airstrikes in the Middle East.

The aircraft carrier and its air wing, along with other warships in the battle group, will support operations over Syria and Iraq.

The battle group left its homeport of Toulon, France on November 18.

© AFP 2020 / PATRICK BAZ
Beyond the Powerful Name: Closer Look at Firepower of France’s Charles de Gaulle Aircraft Carrier
France's only aircraft carrier, the Charles de Gaulle was deployed in the Mediterranean after a November 13 series of terrorist acts in Paris saw 130 killed and over 360 injured.

Daesh has claimed responsibility for the coordinated mass shootings and suicide bombings near a football stadium, in a concert hall and outside several restaurants in Paris.

France is part of a coalition of 65 countries that are bombing Islamic State targets in Syria and Iraq, although they are acting without the permission of local authorities. Russia, meanwhile, is fighting alongside Syria's secular government under President Bashar al-Assad in order to secure national stability in the country.