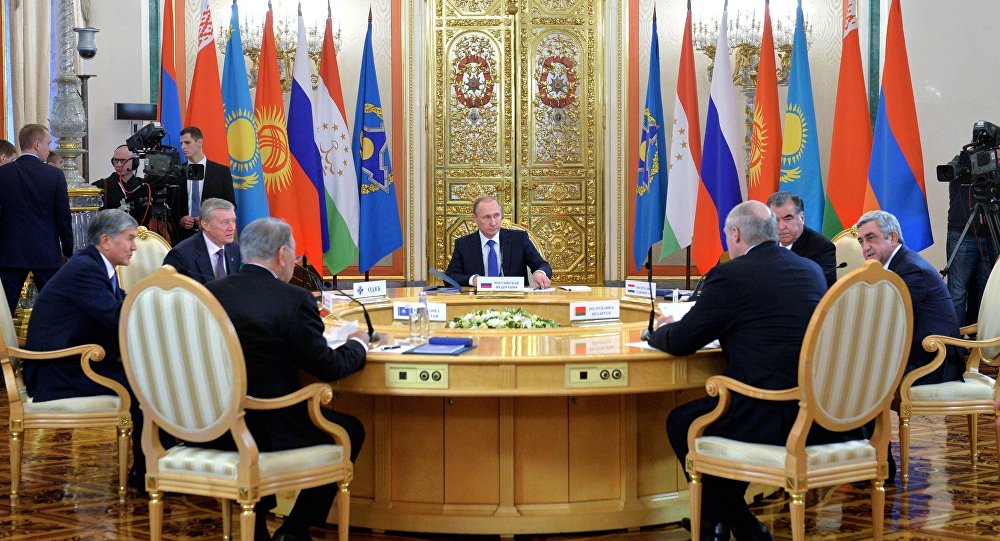 The leaders of the Collective Security Treaty Organization (CSTO) note the mounting threat of terrorism, the organization said in a statement issued Monday.

© Sputnik / Alexei Druzhinin
CSTO to Issue Statement on Fight Against Terrorism at Monday Summit
MOSCOW (Sputnik) — The CSTO countries have strongly condemned terrorism in all its forms and manifestations. Leaders of CSTO stressed that terrorist acts based on ideological, religious, political, racial, ethnic motives or any other grounds cannot be justified, according to the statement adopted earlier in the day.

"We, the heads of the CSTO member states, with deep concern register the greatly increased threat of terrorism for international peace, security and sovereignty of the states," the statement read.

The CSTO also set decisive fight against Daesh (ISIL/the Islamic State) as a priority since it posed threat to the entire mankind, the statement concluded.

"We consider the massacres of civilians by terrorists, barbaric destruction of historical monuments, desecration of religious sites incompatible with moral norms, humanism and spirituality," it stressed.