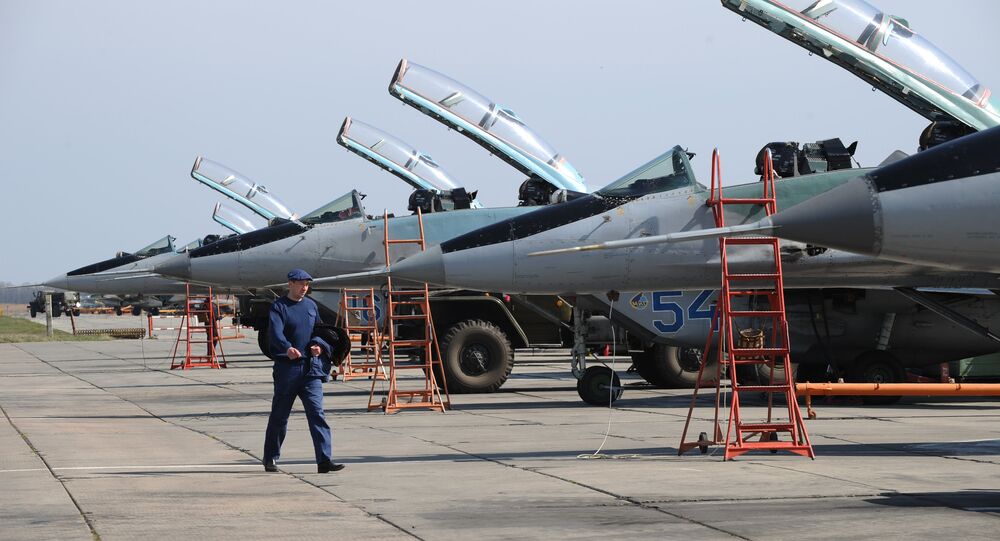 Issue of Russian Airbase in Belarus Undecided, May Not Be Discussed Anymore

Belarusian Defense Minister said that issue of establishing a Russian airbase in Belarus has not been decided yet and may no longer be discussed.

© Sputnik / Alexei Druzhinin
All Bilateral Questions Settled Between Belarus, Russia - Lukashenko
MINSK (Sputnik) – The issue of establishing a Russian airbase in Belarus has not been decided yet and may no longer be discussed, Belarusian Defense Minister Andrei Ravkov said Friday.

"Nothing has changed. The issue has not been discussed and will probably not be discussed," Ravkov told reporters.

In September, Russian President Vladimir Putin ordered that an agreement be signed providing for the establishment of a Russian airbase in Belarus. He and his Belarusian counterpart Alexander Lukashenko discussed the issue in October.

Russia and Belarus cooperate in a number of spheres, including defense issues.

Moscow and Minsk signed an agreement on the joint protection of the Russia-Belarus Union State airspace and the creation of a unified regional air defense network in February 2009. The units of this network are expected to carry out combined combat duty missions by the end of 2016.

Belarus Asks Russia for 'Means of Destruction' to Defend From Poland