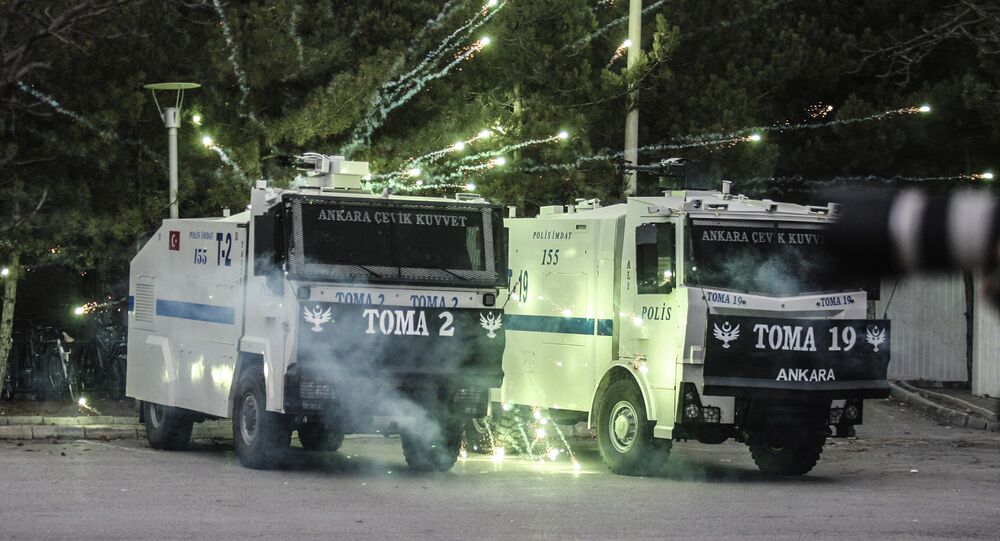 Turkish law enforcement is using water cannons and tear gas in clashes with protesters who are calling for Ankara to halt its operation against Kurdistan Workers' Party (PKK) militants, local media reported Friday.

© AFP 2021 / Bulent Kilic
Police Disperse Protesters Disputing Snap Poll Results in S. E. Turkey
MOSCOW (Sputnik) – Earlier in the day, local media reported that Turkish security forces had killed 54 PKK soldiers. A curfew has been imposed by the Turkish authorities in a number of towns in the southeast of the country, including the Sur district of Diyarbakir, and the city of Nusaybin.

Clashes between protesters and Turkish police are still continuing, the broadcaster added.

Turkey's air force has been conducting air strikes on PKK positions across southeastern Turkey, as well as northern Iraq, since July 24. Some 180 Turkish police and soldiers have been killed by Kurdish militia amid the escalating violence over the last four months.