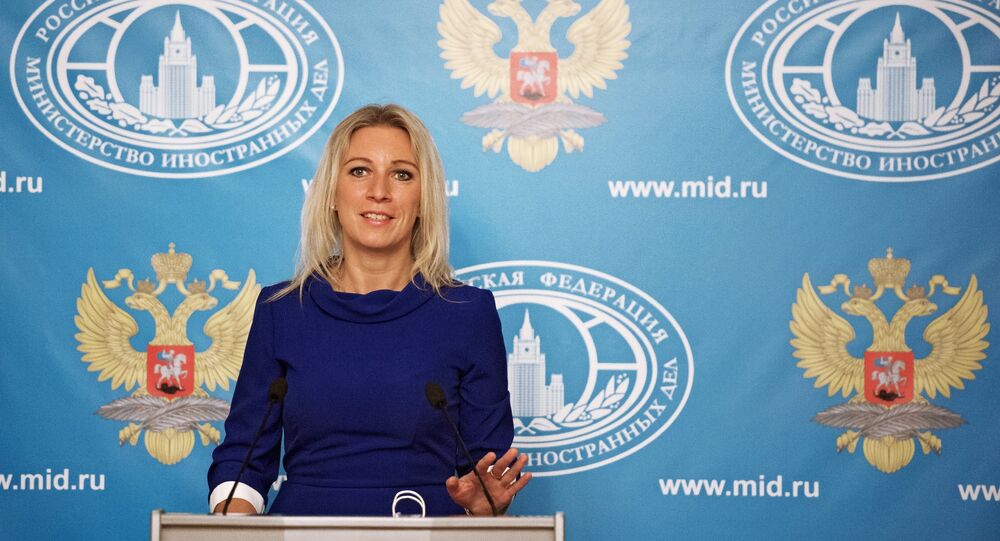 US Secretary of State John Kerry made public statements in Moscow where he announced that Washington has abandoned its isolation of Russia, according to Russian Foreign Ministry Spokeswoman Maria Zakharova.

© REUTERS / Mandel Ngan/Pool
Not Just Business: How is Kerry Spending Time in Moscow?
Russian Foreign Ministry Spokeswoman Maria Zakharova wrote on her Facebook page that statements made by US Secretary of State John Kerry after his talks with senior Russian officials in Moscow signal that Kerry has publicly dropped the US policy of isolating Russia.

She recalled that when asked about the isolation of Russia during the press conference, Kerry said that "this was done at some particular point of time." Then, she said, Kerry explained how his country fruitfully cooperates with Russia.

"It follows from what has been said that Kerry has publicly renounced the US policy of isolation against Russia," Zakharova wrote on her Facebook page, citing the White House's unsuccessful attempts to implement this policy.

"#Russia is isolated"? #Kerry in #Moscow on official visit and #Syria on top of the #agenda. Still claiming isolation?

"As for Washington's concrete actions, we shall see what we shall see because 'ye shall know them by their fruits,'" Zakharova added, quoting a Bible verse — Matthew 7:16.

Journalist: You're in Moscow. What about #Russia's isolation? Kerry: That is not our goal. pic.twitter.com/FTyBcqzGtN

His remarks came hours after Kerry held talks with Russian President Vladimir Putin and Foreign Minister Sergei Lavrov in the Kremlin. The talks had been slated to last one hour, but ended up lasting more than three hours.

© Sputnik / Ramil Sitdikov
Behind the Scenes: What Media Won't Show From Lavrov-Kerry Meeting
Speaking to reporters after the Moscow talks, Kerry said that Washington does not pursue a policy of isolating of Russia.

"We don't have a policy aimed at isolating Russia. No," Kerry pointed out.

"But we have always said that when the United States and Russia reach a consensus, it is in the interests of the entire world. I think that it is a demonstration of the maturity of both leaders and the importance of their role," he concluded.

Isolation, Huh? Washington Has to 'Reckon With Putin's Facts'

US, Russia Agree Daesh is 'Threat to Every Country' - Kerry