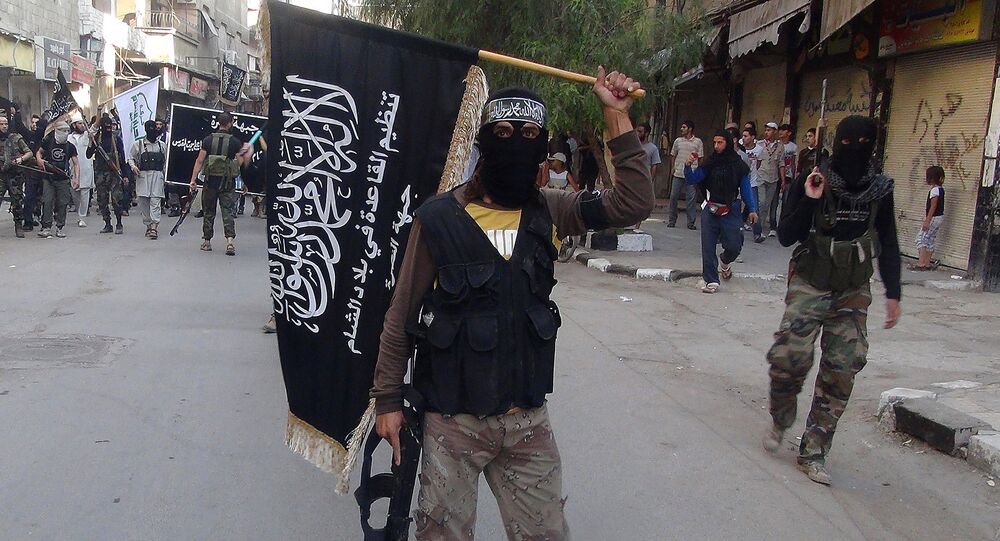 It is too early at the moment to assess the strategy or the possible success of the newly-created counterterrorism coalition by Saudi Arabia, experts told Sputnik on Tuesday.

"The question here is not whether a coalition has been formed, or even what may come of it, but what will it do and will it be effective. I think that there is such a long way to form such a coalition that one has to withhold judgment at this moment. We are seeing a creation of group the exact strategy of which is so unclear," Chris Doyle, the director of the London-based advocacy group Council for Arab-British Understanding (Caabu), said.

Doyle noted that Saudi Arabia had been partially responsible for the spread of some of the extremist views in the region, and it raised the question whether "the Muslims generally will treat this coalition credibly."

"Those are the countries that are certainly seen as threatened… A lot of extremist organizations (Al-Qaeda, Daesh [Islamic State]) clearly have links if not alliances with all sorts of groups in these countries. They share intelligence, arms, training, ideology," the Caabu chief said.

Ross Harrison, non-resident scholar at the Middle East Institute and professor in the practice of international affairs at Georgetown University, said he believed that the fact that most of the coalition members were Sunni-majority were Sunni, which would bring a positive contribution to fighting Daesh.

"I think the operational side of this is yet to be determined, we really don’t have any answers on which country is willing to be committing which forces. There are just too many questions to this juncture to really make an assessment," Harrison said.

"The fact that this initiative is homegrown and not under command and even the coordination of West could be a very positive thing," the expert added.

According to Harrison, the participation of African countries such as Chad, Gabon and Somalia was also important as Daesh was forming alliances in the continent.

© AP Photo
France Welcomes Creation of Anti-Terror Coalition, Cooperates With Riyadh
"There is a symbolic aspect to this, it does not just require a military response, it requires a symbolic and an ideological response," Harrison said explaining that the mostly-Sunni states showed their contempt to Daesh.

According to Lebanese political analyst Nabil Haisam, the alliance has little credibility, and Riyadh created it to compensate for its failures in Yemen.

Yemen has been engulfed in a military conflict between the government headed by Abd Rabbuh Mansur Hadi and Houthi rebels since early 2014. Since late March, a Saudi-led coalition has been carrying out airstrikes against Houthi positions at Hadi's request.

"The Saudis wanted to save their face trough creating the Islamic coalition, especially after military failures in Yemen, where not a single goal was achieved," Haisam told Sputnik.

The Islamic coalition, which includes Saudi Arabia, Egypt, Malaysia, Nigeria, Pakistan and Turkey, among other nations, was created "to counteract terrorism, which became a threat to the interests of the Islamic nation," according to a statement by Riyadh.