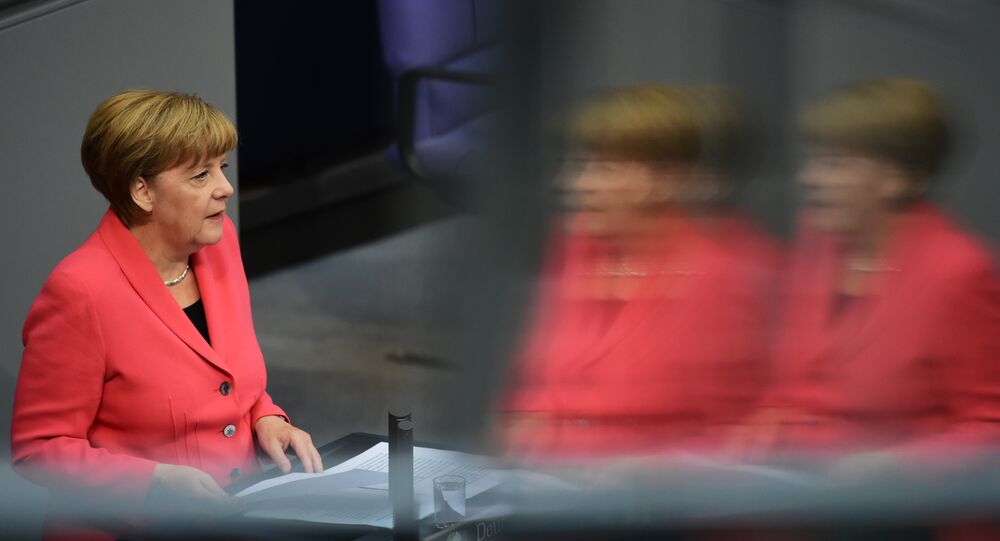 © AP Photo / Markus Schreiber
Merkel Named Time Person of the Year
As 2015 comes to an end, a popular German website figured it was just about time to find out who its readers considered trustworthy after everything that happened in the course of the year. It seems that Angela Merkel lost trust among citizens of Germany as they crowned the Chancellor with the disgraceful "Liar of the year" title with 39 percent of the readers' votes.

However, the platform claims it wasn't just Germans who took part in the poll, but people from 40 different countries.

Around 21 percent of those surveyed thought Barack Obama deserved to be called the biggest liar. Recep Tayyip Erdogan received 18 percent of the respondents' votes. Israeli Prime Minister Benjamin Netanyahu and Ukrainian President Petro Poroshenko are close on the heels of the "fantastic three" with 8.05 percent and 7.81 percent respectively.

The author of the article, while summarizing the poll's results, noted that it was Angela Merkel who Time magazine named "Person of the Year".

Merkel's Gov't Wants to Join the 'No Burqas' Club, Calls for Ban in Germany