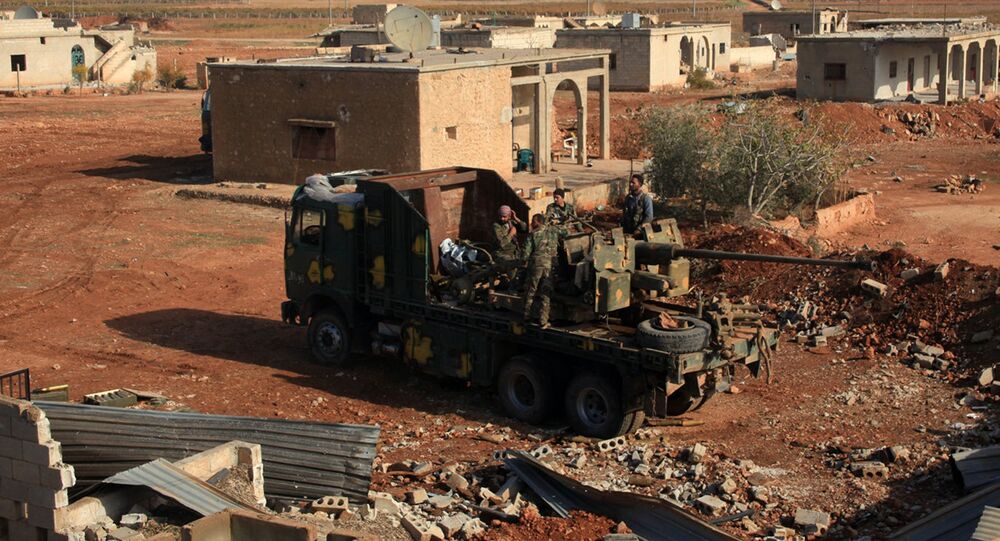 US, NATO Squander Chance to Partner With Russia, Double Down on Cold War

Washington and Brussels have missed yet another opportunity to form a coalition with Moscow against international terrorism, even though such a partnership would be advantageous for NATO, which is now in deep crisis; instead they have chosen to double down on the Cold War with Russia, according to political analyst, Professor Stephen F. Cohen.

© AP Photo / Evan Vucci, File
Coalition or Cold War With Russia?
Recent  US-led or —influenced events, such as  escalation of the Ukrainian crisis and Vice President Biden’s visit to Kiev; the Turkish shooting down of a Russian warplane; NATO’s sudden announcement that it is adding tiny Montenegro to its expansion toward Russia; the IMF’s violation of its own rules in order to give Kiev more billions of dollars, only demonstrate that Washington and NATO stubbornly reject a coalition with Moscow, Stephen F. Cohen told in an interview with  John Batchelor on The John Batchelor Show.

“The tragedy of Paris, the recent terrorist attacks have illustrated and activated the new Cold War we’ve been in with Russia for two years,” he said.

“The recent events have apparently been directed against the coalition with Russia in the fight against Daesh.”

However, the expert stressed, the opponents of coalition with Russia still don’t understand what is at stake. They’ve double-downed their game against Russia despite what Daesh has done and is doing.

© Sputnik / Dmitriy Vinogradov
Putin Orders Russian Forces to Coordinate Actions in Syria With US-led Coalition
“Biden and McCain are pursuing their own policies which are against either American or Ukrainian interests. If Obama as president does not understand it, he should resign. If he does, he should intervene. Terrorists are giving him chance after chance,” Stephen F. Cohen said.

“We need an Obama-Putin commission. We need these two presidents to sit down and discuss what they can do to help each other, each other’s mutual security and our international security.”

However, he stressed, Washington and NATO choose to ignore Russia’s capable and successful campaign in Syria.

Turkey is becoming a dangerous liability to NATO

Stephen F. Cohen also commented on Turkey’s shootdown of the Russian bomber in the Syrian airspace and provided his reasons for the incident.

“Erdogan is losing a struggle to unseat Assad, due to the Russian air war,” he said. “He saw Europe moving towards Russia after Paris attacks. He thought that if he could provoke a confrontation with Russia, NATO would come to Turkey’s defense against Russia.”

However NATO and Washington, which commands NATO, he says, “saw through what Erdogan was doing.”

© Sputnik / Mikhail Voskresenskiy
Turkey Made Plans to Shoot Down Russian Su-24 a Month in Advance - Assange
They are now wary of Turkey’s behavior. Suddenly Obama, though he had done nothing about this, announced that he had asked Turkey to close the border with Syria.

“The reality is Turkey is becoming a dangerous liability to NATO, tugging it, It’s just that tail wagging the dog. NATO is acting very muscular recently. But it is not the muscularity of a strong institution.  NATO is in crisis and the main crisis is the refugee crisis in Europe which is destroying pro-NATO political parties of Europe.”

© AFP 2021 / GERARD CERLES
NATO Insists Military Contacts With Russia Remain Open
The expert explained that NATO is strong only when it has political support in Europe. In other words, the anti-NATO European political parties are gaining force.

“Logically, if we want to have strong NATO, we need to deal with the refugee crisis, and for this we need Russia. But instead whoever is running NATO is punching at Russia. We don’t understand things until it is too late.”

And the professor quoted Georg Wilhelm Hegel, a German philosopher: "The owl of Minerva spreads its wings only with the falling of the dusk."
It means, he reiterated, that we understand things only after they have happened.

No Risk of NATO-Russia Conflict of Interests in Afghanistan – Envoy