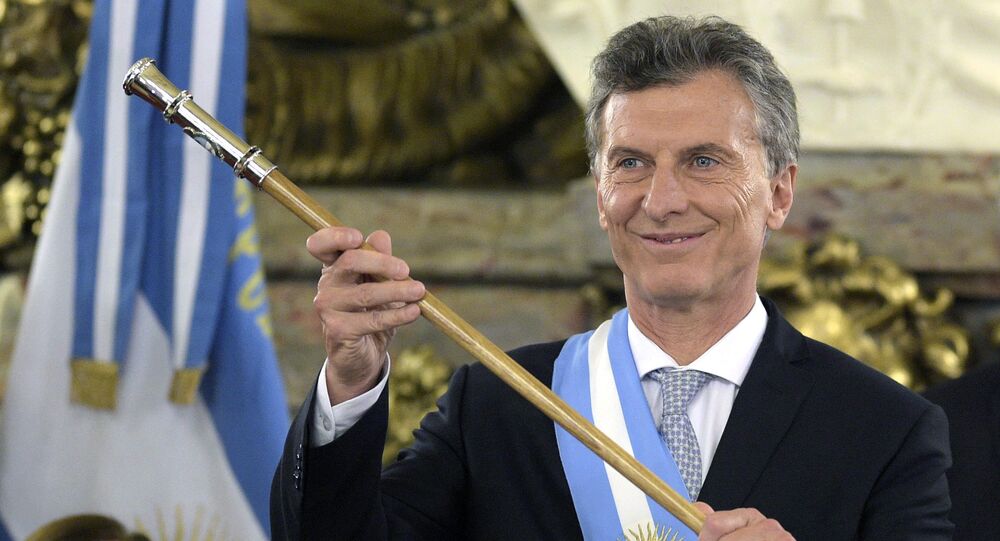 "During the talks, both sides confirmed their push for further developing Russian-Argentine cooperation," according to the press service of the Russian Security Council.

The meeting came after Macri was inaugurated in the Palace of the Argentine National Congress in Buenos Aires on Thursday, a ceremony that was attended by Patrushev, among other foreign officials.

On November 22, Macri won the country’s presidential election, receiving 51.5 percent of the popular vote, despite losing in the first round to former Vice President Daniel Scioli.

Macri, who served previously as mayor of Buenos Aires, will replace Cristina Kirchner, who has been in office since 2007.

© Flickr / Gаme of light
Conservative Argentine Politician Wins Buenos Aires Mayoral Election
Earlier, Alberto Hutschenreuter, a professor of geopolitics at the Argentine Air War College, suggested that the new Argentine administration will take a pragmatic attitude to foreign relations and will not say "no" to lucrative joint ventures with Russia.

Argentina and Russia enjoy a warm relationship; they maintain a visa-free regime and Russia is one of Argentina's key export partners.

When the EU and the US invited Argentina to participate in sanctions against Russia last year, Argentina balked, winning the respect of President Vladimir Putin.