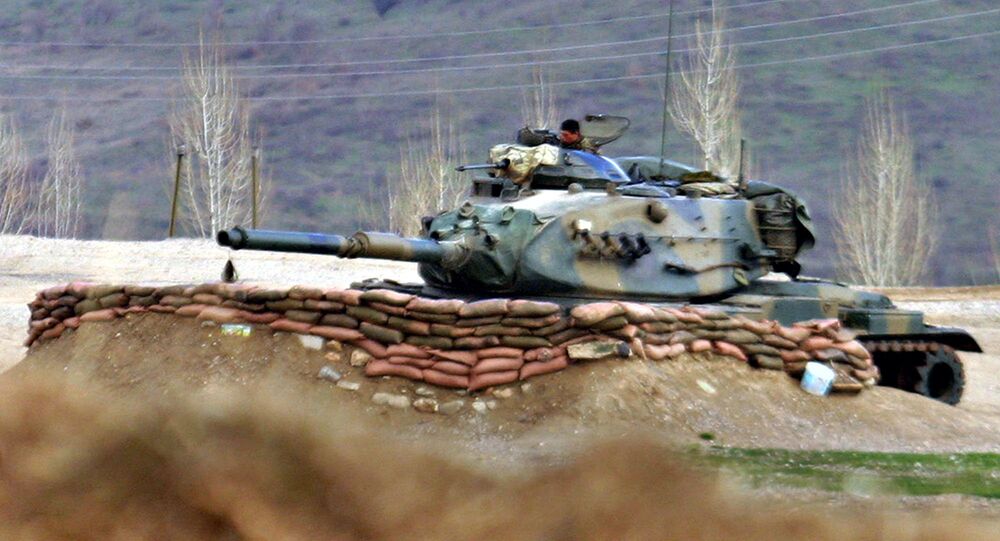 China urged Iraq and Turkey to further increase communication and coordination in order to resolve the conflict.

On December 4, Turkey deployed up to 150 military personnel to Iraqi Nineveh province, without Baghdad’s approval, allegedly to provide training to Kurdish militia who are fighting extremists.

© AFP 2021 / BULENT KILIC
Turkish Tank Incursion Into Iraq Poses Problem for Entire Region
"The Chinese side believes that we should deal with state-to-state relationship in accordance with purposes and principles of the UN Charter as well as other widely-recognized basic norms governing international relations, and that Iraq's sovereignty and territorial integrity shall be respected," Hua said at a daily briefing.

The Foreign Ministry spokeswoman also urged the parties to further increase communication and coordination in order to resolve the conflict.

Following the deployment, Prime Minister Haider Abadi demanded the withdrawal of the Turkish troops within 48 hours and called on NATO chief Jens Stoltenberg to urge the alliance to help resolve the issue.