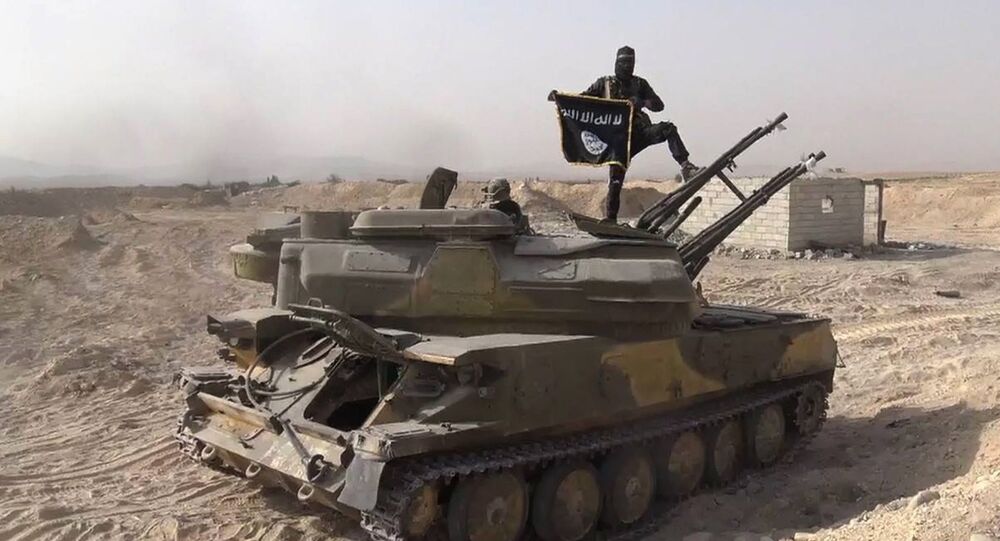 Daesh Is Spawn of US Regime Change and Saudi Wahhabism – Engdahl

Saudi Arabia is just one of the state actors complicit in the rise and financing of Daesh, says F. William Engdahl.

Having funded the rise of Daesh, and contributed to its ideology, Saudi Arabia may at last face censure from its major ally, the US, believes geopolitical expert and author F. William Engdahl.

​"The money source for most of the creation of ISIL (Daesh) in Syria, Iraq and everywhere comes from the moneybags of Saudi Arabia, the same Saudi financing conduit that created the CIA's Mujaheddin with Osama bin Laden back in the 1980s."

"They are playing a very dirty role in ISIS, with the aim that if they establish a caliphate, ISIS will simply be the long arm of the Saudi monarchy, and they will ultimately control the oil, maybe in some arrangement with Erdogan."

© AFP 2021 / FAYEZ NURELDINE
Daesh Godfathers? Turkey, Saudi Arabia, Qatar Spotted Funding Terrorists
Engdahl believes Riyadh should not consider itself immune from US desire for regime change in the Middle East, despite its alliance with Washington.

"The people who are orchestrating this out of Washington, and leading American circles behind Washington, the rich men let's call them, they have no compunction about getting rid of the monarchy."

"It's a disgusting monarchy, they have a bovine mentality which goes back to the 17th century, Wahhabism, it's chopping off heads and cutting off hands, it’s the same mentality as ISIL (Daesh)."

Is Deployment of Turkish Troops to Iraq an 'Action Agreed With Washington'?

No More Bets: Russia Asks US to 'Show Cards' on Daesh Sites