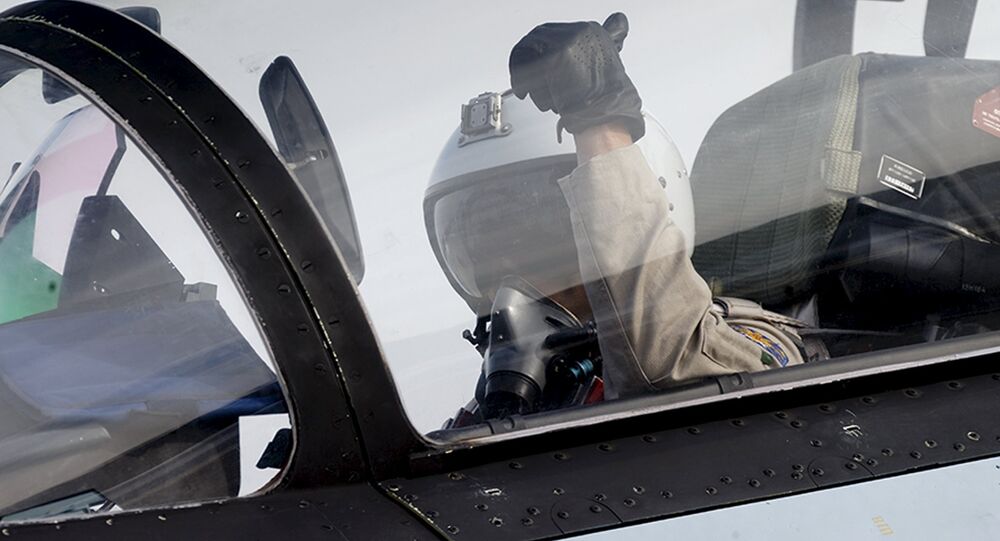 Any country that seeks to harm Russia harms the West as well, because Russia leads the fight against terrorism in Syria, according to an article posted on Polish news portal Obserwator Politiczny penned by Krakauer.

According to him, threats against Russia and criticism of “the Russian heroes who drive the ghost of terrorism away from Europe and the free world” are unacceptable.

He points out that the West "affected the situation in Ukraine with its aggressive policies, a situation it wasn’t going to stabilize," and that none of the Western leaders ever considered the status of Ukrainian nuclear power plants.

Now it has become clear that the West wants to save face and get out of a sticky situation where it ended up "thanks to a certain overseas state and its local assistant." But for the West, putting an end to the anti-Russian sanctions means admitting its mistakes, he adds.

As a result, we’re now facing an "idiotic situation" when the Syrian skies are being patrolled by Western and Russian pilots, with the latter treating their NATO counterparts with suspicion due to the recent "shameful provocation," the author says.

© AP Photo / Jens Meyer
Halt! German Business Community Demands End to Russian Sanctions
Furthermore, smuggling terrorists’ oil through your country is an "utter disgrace for a NATO member that seeks to become part of the EU," he adds, pointing out that an activity like this could not have gone unnoticed by secret services.

"Perhaps the West should actually be considering implementing sanctions against a country that de facto supports terrorists, if said country is unable to clear up that disgrace?" he wonders.

The relations between Russia and the West won’t return to normal for a long time now, the author remarks, as Russians are fully aware how they were tricked with the principles of globalization and free trade. And ceasing investments in the Russian market economy is essentially "economic terrorism", he adds.

"The West hoped that due to low oil prices Russia would barely be able to service its existing obligations, therefore bringing the country to its knees. It hoped that Russian society would collapse under the weight of the problems caused by sanctions. But it didn’t happen. Instead, the West caved in under the weight of its own propaganda," the author writes.

"We cannot expect the Russians to eagerly seek resuming contacts with the West after what was done to them. A lot of things will be different, and in some areas we will have to restore relations from scratch. We got what we asked for, and we brought it on ourselves," he adds.

Russia Wants Normal Relations With US, Sees Many Areas for Cooperation